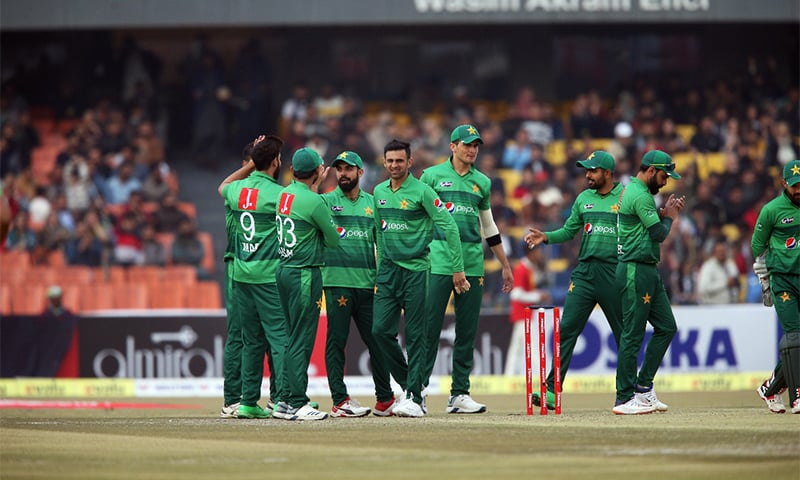 Pakistan clinched the second game of the three-match Twenty20 series against Bangladesh on Saturday at Lahore’s Gaddafi Stadium, winning the tournament 2-0.

The hosts comfortably chased the 137-run target set by the visiting team, who had won the toss and elected to bat first.

The only hiccup in the largely one-sided contest was opener Ahsan Ali being sent back to the stands for a duck, caught by Mahmudullah Riyad off paceman Shafiul Islam in the second over.

After the minor setback, ‘Professor’ Mohammad Hafeez walked in to join skipper Babar Azam. The duo, with their 131-run partnership were quickly able to rescue the match and lead the side to victory.

World number one Twenty20 batsman Babar, who was out without scoring on Friday, was in a punishing mood right from the outset, hitting seven boundaries and a six in his knock. He was awarded ‘Player of the Match’.

Hafeez, recalled after 14 months in the Twenty20 side, stroked nine boundaries and a six in his 11th T20 fifty.

Pakistan won the first match, also in Lahore on Friday, by five wickets.

Bangladesh, for their part, again failed to put up a challenging total despite opener Tamim Iqbal’s 53-ball 65, managing 136-6 in their 20 overs.

The target was worse off than their unimpressive total of 141-5 on Friday as they found Pakistan bowling led by paceman Mohammad Hasnain’s 2-20 hard to get off.

It could have been worse had Rizwan hang on to an inside edge off Iqbal’s bat off a luckless Hasnan when the batsman was 16.

Iqbal took full advantage of the lapse, hitting seven boundaries and a six during his laborious knock.

Bangladesh’s highest partnership was 31 for the fourth wicket as Afif Hossain knocked a six and a boundary in his 20-ball 21 before he holed out off Hasnain.

Bangladesh had replaced Mohammad Mithun with Mahedi Hasan, while the Pakistan squad remain unchanged from the first match in the series.

Pakistan’s two wins have further consolidated the team’s chances of hanging on to its world number one ranking in the shortest format, which is in danger of being taken over by Australia.

The third and final match is at the same venue on Monday.

The series was a critical one for Pakistan, who are struggling to retain their top spot in the International Cricket Council’s world T20 ranking, which they have held since 2018. Recently, Pakistan have had an unimpressive run in T20s — in October, they were whitewashed by an amateur Sri Lankan team in Lahore and lost another series to Australia a month later.

“Every match is a do-or-die for us,” Babar Azam, who replaced Sarfaraz Ahmed as skipper, told a press conference on Thursday. “We have planned accordingly, we have talked to the players that they should give 110 per cent since the focus is to continue the number one ranking. We can hang on to that only if we win all three matches.”

“We have been preparing well and we will try not to repeat the same mistakes that we did against Sri Lanka,” said Babar. “We played four matches during the training camp and the team has gelled well. Our team is a good combination of senior and junior players and I’m expecting a good result.”

Bangladesh, whose tour was confirmed last week, brought a strong batting line-up with the inclusion of Iqbal, Soumya Sarkar, Naim and Liton Das. Batsman Mushfiqur Rahim, who refused to accompany the team due to his family’s concerns, is the only notable absence.

The tour is of significance for Pakistan, as it is another step towards efforts to assure the world that the country is safe to host international cricket. Bangladesh had initially declined to play a Test in Pakistan, proposing that the match be held on a neutral venue. The PCB, however, refused to hold the match elsewhere. 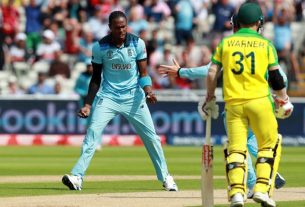 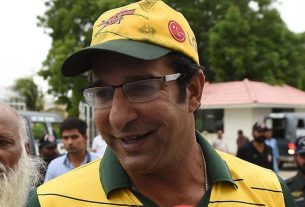 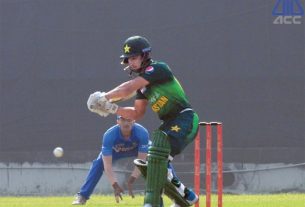