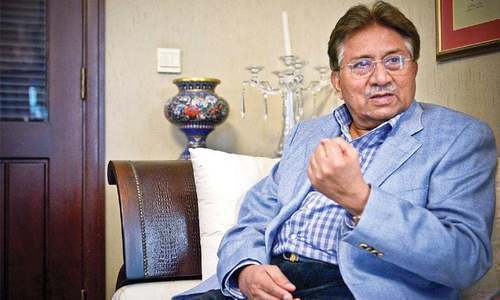 The treason trial against former dictator Pervez Musharraf remained at a standstill on Tuesday as the court sought assistance to determine whether or not the accused can record his statement via video link as per law.

The trial has not seen much progress since Musharraf left the country in March 2016 after his name was removed from the Exit Control List. He has not returned since, and is said to be suffering from Amyloidosis, a rare condition for which he has been receiving medical care. He was shifted to a hospital in Dubai last weekend after suffering a reaction from the condition.

The three-judge bench headed by Justice Tahira Safdar accepted an affidavit submitted by Musharraf’s lawyer today and ordered the preparation of a questionnaire for the former president to respond to.

However, Musharraf’s lawyer maintained that the former president’s presence in court was essential and that his statement could not be recorded via video link.

The prosecution lawyer said that Musharraf’s not recording his statement in the case should not hinder it, and that the trial should move forward.

The bench asked that assistance be provided to ascertain whether the former president could record his statement via video link within the parameters of the law.

The former dictator was indicted by the special court in March 2014 for his extra-constitutional steps and holding the Constitution in abeyance on Nov 3, 2007.

In 2018, the special court resumed proceedings in the treason case and ordered the blocking of Musharraf’s identity card and passport. However, ex-chief justice Mian Saqib Nisar while hearing a case regarding Musharraf’s disqualification in the run-up to the 2018 elections had allowed him to return and restored his travel documents. The former dictator, however, did not return.

The hearing was adjourned till March 28. 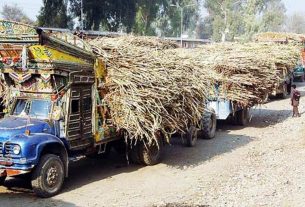 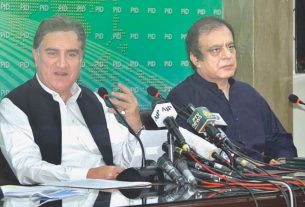 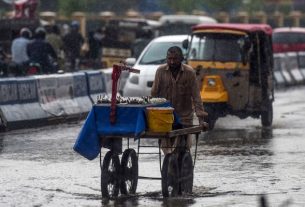 At least one dead, mutliple areas without power as torrential rainstorm lashes Karachi