The Election Commission of Pakistan (ECP) on Tuesday postponed its verdict on a petition challenging the appointment of Maryam Nawaz as vice president of the Pakistan Muslim League-Nawaz (PML-N) for want of more information.

A three-member bench of the commission, headed by Chief Elec­tion Commissioner retired Justice Sardar Muhammad Raza, had reserved the judgement on Aug 1 after hearing arguments for and against the appointment of former prime minister Nawaz Sharif’s daughter and set Aug 27 for its announcement.

However, when the ECP hearing started today, the bench sought the help of lawyers from both sides on understanding the Supreme Court verdict [against Nawaz] as well as the workings of Article 62 and 63 of the Constitution.

The bench announced that the verdict would now be announced on September 3, one week from now.

The petition against Maryam’s assent to PML-N’s vice president position was filed in May by the ruling Pakistan Tehreek-i-Insaf (PTI) lawmakers, including Farrukh Habib, Maleeka Bokhari, Kanwal Shauzab and Javeria Zafar.

The petition contended that Maryam could not hold any party position as she was convicted by a court of law on July 6, 2018, in a corruption case (Avenfield reference), filed by the National Accountability Bureau (NAB).

The PML-N leader, on the other hand, had requested the ECP to dismiss the plea, arguing that there was no restriction in the Constitution and Election Act on a convicted person holding a party’s vice presidency.

PML-N lawyer Barrister Zafarullah Khan rejected the petition as non-maintainable. Furthering his argument, he said that the ECP is responsible for holding national elections, not party elections.

“Maryam Nawaz has not been elected for the position of party vice president. Her selection to the position does not affect the rights of any of the petitioners,” the lawyer had said while presenting his final arguments in the case.

“Maryam was given the position on the basis of the party constitution and the PML-N constitution has been approved by the ECP,” the lawyer said, wrapping his arguments against the maintainability of the petition.

The counsel for the petitioner had rebutted the arguments and said that in the case of Nawaz Sharif, the Supreme Court had used Article 62 and 63 to disqualify him from holding a party position and that the same can be used for Maryam as well.

In a major party reshuffle earlier this year, Maryam was made one of the 16 vice-presidents of the party along with Hamza Shahbaz. Former prime minister Shahid Khaqan Abbasi was appointed senior vice president of PML-N, while Ahsan Iqbal was made secretary general.

In July 2018, an accountability court announced its verdict in the Avenfield properties corruption reference, sentencing Maryam to seven years for abetment after she was found “instrumental in concealment of the properties of her father” and another one year for non-cooperation with NAB. She was disqualified from contesting polls after being convicted.

However, in January, the apex court had upheld an Islamabad High Court verdict ordering the suspension of prison sentences awarded to Maryam and her father. 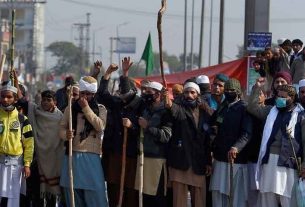 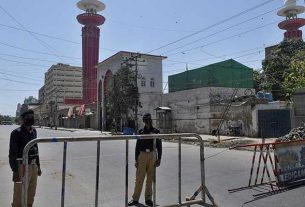 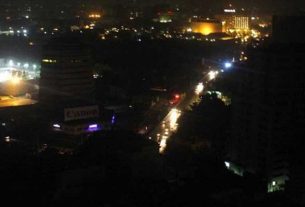