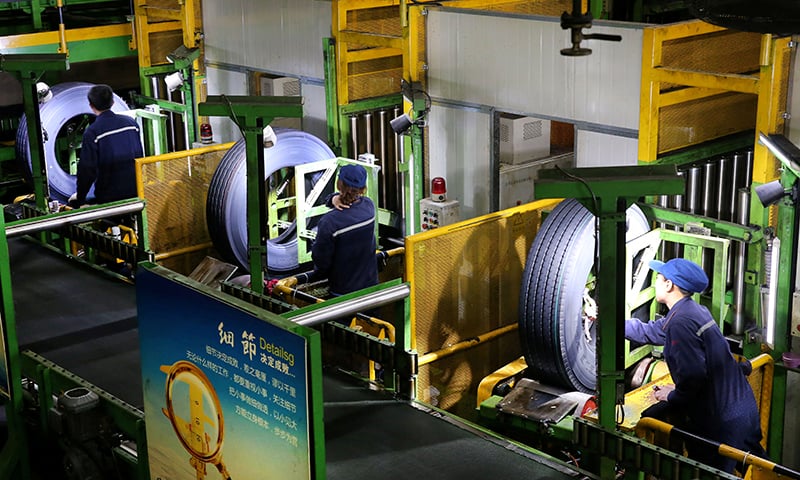 China’s economic growth slowed to 6.2 per cent in the second quarter, its weakest pace in at least 27 years, as demand at home and abroad faltered in the face of mounting United States trade pressure.

While more upbeat June factory output and retail sales offered signs of improvement, some analysts cautioned the gains may not be sustainable, and expect Beijing will continue to roll out more support measures in coming months.

China’s trading partners and financial markets are closely watching the health of the world’s second-largest economy as the Sino-US trade war gets longer and costlier, fuelling worries of a global recession.

Monday’s growth data marked a loss of momentum for the economy from the first quarter’s 6.4pc, adding to expectations that Beijing needs to do more to boost consumption and investment and restore business confidence.

The April-June pace, in line with analysts’ expectations, was the slowest since the first quarter of 1992, the earliest quarterly data on record.

“China’s growth could slow to 6pc to 6.1pc in the second half,” said Nie Wen, an economist at Hwabao Trust. That would test the lower end of Beijing’s 2019 target range of 6-6.5pc.

Cutting banks’ reserve requirement ratios (RRR) “is still very likely as the authorities want to support the real economy in the long run,” he said, predicting the economy would continue to slow before stabilising around mid-2020.

China has already slashed RRR six times since early 2018 to free up more funds for lending, and analysts polled by Reuters forecast two more cuts by the end of this year.

The economy has been slow to respond, however, and business sentiment remains cautious.

Trade pressures have intensified since Washington sharply raised tariffs on Chinese goods in May. While the two sides have since agreed to resume trade talks and hold off on further punitive action, they remain at odds over significant issues needed for an agreement.

Despite the trade dispute, net exports accounted for a striking 20.7pc of the first-half GDP growth, as Chinese exporters had rushed to sell ahead of higher US tariffs and imports had weakened more sharply amid sagging domestic demand.

For June, both exports and imports fell, and an official survey showed factories were shedding jobs at the fastest pace since the global crisis a decade ago.

“Due to the global slowdown and impact from the trade war, our exports will continue to fall and it’s possible they may post zero growth for the year,” said Zhu Baoliang, chief economist at the State Information Centre, a top government think-tank.

The contribution from net exports will decline as domestic demand gradually recovers, Zhu told the official Financial News ahead of the Q2 data, adding that he expects economic growth to slow to 5.8pc next year.

More support on the way

A string of downbeat data in recent months and the sudden escalation in the trade row had sparked questions over whether more forceful easing may be needed to get the economy back on steadier footing, including some form of interest rate cuts.

China has “tremendous” room to adjust policies if the trade war worsens, the central bank governor was quoted as saying in June.

Premier Li Keqiang said this month that China will make timely use of cuts in banks’ reserve ratios and other financing tools to support smaller firms, while repeating a vow not to use “flood-like” stimulus.

Analysts believe room for more aggressive monetary policy easing is being limited by fears of adding to high debt levels and structural risks.

Industrial output climbed 6.3pc from a year earlier, data from the National Bureau of Statistics showed, picking up from May’s 17-year low and handily beating an expected 5.2pc.

Daily output for crude steel and aluminium both rose to record levels.

Retail sales jumped 9.8pc — the fastest since March 2018 — and confounding expectations for a slight pullback to 8.3pc. Gains were led by a 17.2pc surge in car sales.

Mao Shengyong, a spokesman at the National Bureau of Statistics, told a briefing that he expected the benefits of policy measures will be more obvious in the second half.

Some analysts, however, questioned the apparent recovery in both output and sales.

Capital Economics said its in-house model suggested slower industrial growth last month, while the jump in car sales may have been partly due to a one-off factor.

Car dealers in China are offering big discounts to customers to reduce high inventories that have built up due to changing emission standards. Motor vehicle production actually fell 15.2pc, the 11th monthly decline in a row, suggesting automakers don’t expect a sustained bounce in demand any time soon.

Fixed-asset investment for the first half of the year rose 5.8pc from a year earlier, compared with a 5.5pc forecast and 5.6pc in the first five months. Infrastructure expanded 4.1pc, with railways continuing to grow in the double digits.

“The monthly data were better than expected […] (But) we are sceptical of this apparent recovery given broader evidence of weakness in factory activity,” said Julian Evans-Pritchard, senior China economist at Capital Economics.

“Looking ahead, we doubt that the data for June will mark the start of a turnaround.” 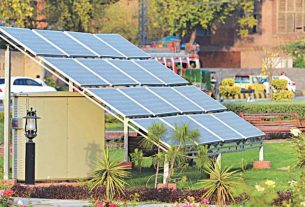 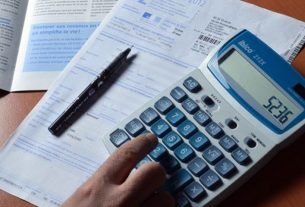 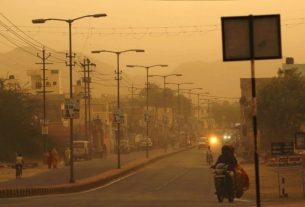