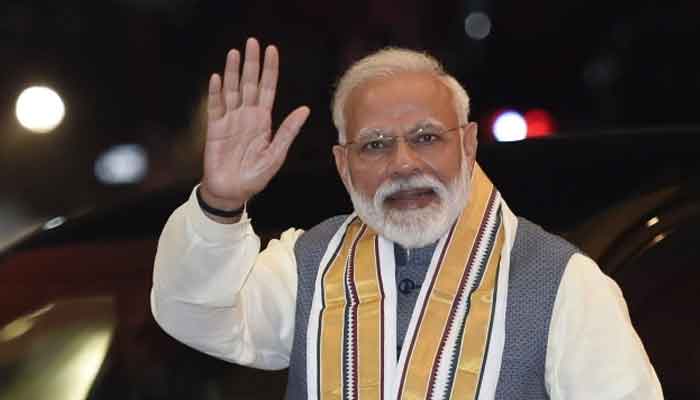 The stunning landslide victory of the BJP may have created a ripple of excitement among the ultra-Hindu nationalists all over India but it seems to have shattered the hopes of those who consider democracy an inclusive system that promotes pluralism, secularism and respect for all citizens of a country.

The triumph of such hate-mongers has sent a shiver down the spine of hapless Muslims and other marginalized sections in Indian society who have been a victim of these vigilantes for a few decades now. This ascendance of retrogressive elements could tear the social fabric of a giant country that takes pride in its ancient civilization and glorious traditions of tolerance and non-violence.

It is a widely-held misperception that democracy is a system that only respects the wishes of the majority. In fact, this definition better describes majoritarianism. A democratic system does tend to uphold or respect the wishes of the majority, but it also safeguards the interests of its minorities and protects the marginalized sections of a society. If the rule of the majority is the only definition of democracy then the despotic regime of Mussolini, the tyranny of Hitler and the brutal dictatorship of General Franco of Spain should be declared the most democratic governments in the world because they did in some way reflected the aspirations of the majority. Their disastrous policies pushed the world towards a conflagration that engulfed more than 70 million souls, besides bringing unimaginable destruction to mankind.

The rise of the Far Right is not only threatening India, it is also contaminating the minds of millions in the US, the UK, France, Hungary, Germany, Italy, Australia, Brazil, the Netherland and several other countries of the world. Xenophobic elements in the advanced capitalist world and other parts of the globe are diverting the attention of the people from the mess created by a ruthless economic system by scapegoating minorities and immigrants. They are raising emotional slogans to muster up support for their political agenda. Their vitriolic attacks on immigrants and minorities will push the world towards another catastrophe, which might incinerate every trace of this modern civilization.

Can these retrogressive elements be reformed and convinced to change their obnoxious agenda of extreme hate? Can social pressure be piled on them to discard their myopic thinking? Can they be forced to adopt the path of pluralism? The nationalistic frenzy that has gripped India and several other parts of the world offers a very pessimistic answer to these questions, For instance, amidst the thunderous applause of Indian parliamentarians, Modi made tall claims of turning the land of several religions into a heaven of inclusiveness but such rhetoric did not deter Hindu zealots from brutally thrashing a Muslim family in Madhya Pradesh. Hundreds of such incidents have taken place in the land of Gandhi and Nehru but the impunity the religious extremists enjoy right under Modi’s nose suggests that the dream of a pluralistic society is very remote and distant.

The problem lies in the working of the BJP. It is not a traditional bourgeoisie party but an ideological movement aimed at turning India into a Hindu country where minorities are likely to be relegated to the status of second class or rather third-class citizens. Its leaders are now the masters of India but in reality they are the servants of the Rashtriya Swayamsevak Sangh (RSS), the largest Hindu fanatical outfit in the world with around four to six million members. Almost all leading leaders of the BJP have either been affiliated with it, including the Prime Minister Modi, or at least influenced by its ideology.

Some critics claim the outfit is led by a cloistered group of highly ideologically motivated Hindu revivalists. The detractors of the outfit assert it is a closed society that mostly communicates verbally with its members, keeps no records of those it recruits and has very little interaction with the media. The RSS may claim to be an apolitical entity but in reality it is instrumental in giving ideological direction to the BJP and shaping its policies. For instance, the BJP has been promising to construct a Hindu temple at the disputed site of Ayodhya, and abolish the special status for Jammu and Kashmir. These policies reflect the aspirations of the RSS.

So, the engine that runs the BJP train is this extremist group which coordinated with its 40 affiliate organisations and 500 social groups to ensure the victory of the right-wing party. Now, the revivalist outfit wants its agenda of Hindutva to be implemented. This agenda does not advocate for lifting the more than 600 million Indians out of poverty. It is not aimed at abolishing the inhuman caste system in the country. It does not prevent the lynching of Dalits and Muslims. It does not advocate the Gandhian philosophy of non-violence. It wants to push the country towards the Dark Ages.

According to the World Bank, a staggering 522 million Indians practice open defecation, 21 percent of communicable diseases in the largest democracy are linked to unsafe water and the lack of hygienic practices and more than 500 children under the age of five die each day from diarrhoea. It is estimated that over 93 million Indians live in urban slums while the country face 73.6 million shortages of housing units. The United Nations Child Mortality report released in September last year revealed that about 802,000 infant deaths were reported in India in 2017. The report also said that one child under 15 years of age dies every five seconds around the world, with close to one in every five deaths taking place in India. Of the estimated 6.3 million children who died in 2017, 1.14 million (18.09 percent) were from India.

Ironically, the RSS and the BJP do not have any plan to address these pressing problems of the Indian people. Instead they want to pit the less unfortunate people – ordinary Hindus – against the most unfortunate people – Muslims and other minorities. They do not want to stand up to the corporate rapaciousness that may have created a few dozen billionaires but pushed millions into the abyss of extreme poverty. Millions of people need homes but these guys are adamant to build a temple that could trigger the displacement of millions.

More than a quarter Indians live on less than $2 a day and need food but these zealots want to extinguish the fire of their hunger with costly missiles and destructive nuclear weapons. They preach the philosophy of austerity to millions of hapless beings but plan to lavish more than $200 billion arms deals on Western companies in the coming decades. For the myriad of miseries that have plagued the lives of millions of Indians, these fanatics have nothing but scapegoating, the idea of triggering religious controversies and the legacy to perpetuate the inhuman caste system.

But is only the BJP responsible for the plight of millions of Indians? Should all blame be placed at the door of the RSS? In reality, Indian secular political parties should also share this blame. Why did the Congress fail to stamp out poverty despite ruling over India for decades? What prevented the CPI from eliminating this scourge in West Bengal and Kerala where it ruled for years? If the Congress is really interested in battling Hindu extremism, it needs to ensure free education, a decent housing, pure drinking water and free quality medical facilities for the people it may rule over in the future.

Only performance on the ground will enable Indian politicians to fight the tide of Hindu extremism. Mere slogans of secularism will not boost the trust of people in anti-Modi parties. They should rather work for improving the human development index to counter the onslaught of saffron warriors. Quality education may prompt millions to leave RSS-run orphanages and other charity centres. Excellent health facilities could make many stop seeking the help of Hindu voluntary organizations that also contaminate the minds of the people in the name of serving them. This is not the time for slogans but to act – and quickly. 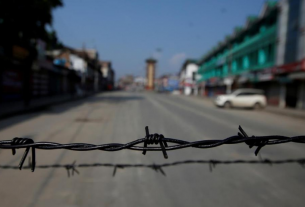 With a heavy hand, India rides out occupied Kashmir’s year of disquiet 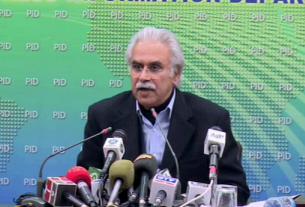 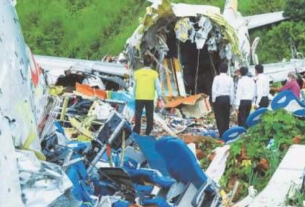