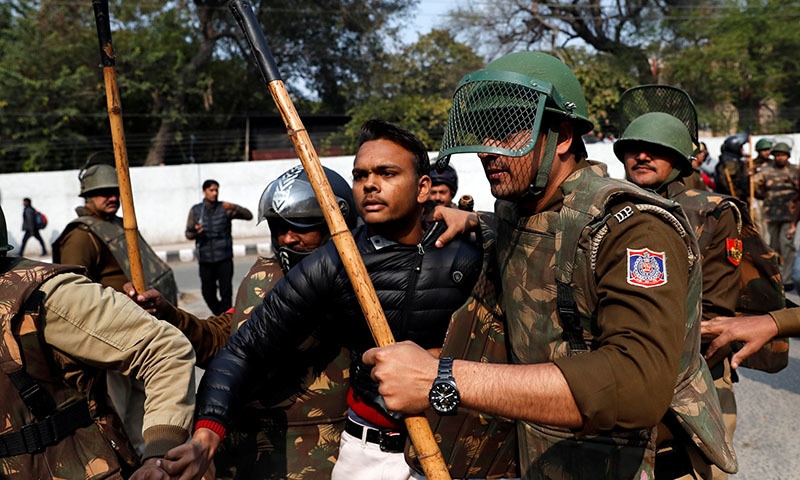 An unidentified man fired at a protest against India’s new citizenship law near a university in Delhi on Thursday, wounding one person, witnesses said, the first such incident in the capital city during more than a month of demonstrations.

Witnesses said the man holding a gun shouted slogans against the protesters near Jamia Millia Islamia University, before firing at them.

“The police stood nearby,” Ahmed Zahir, a witness, told Reuters. The man challenged protesters as they started marching from the university to the mausoleum of India’s independence leader Mohandas Gandhi on his death anniversary, said Ahmed Azeem, a Jamia Millia Islamia University spokesman.

A Reuters photograph showed the man, dressed in a black jacket and brandishing a single-barrel weapon, standing meters away from dozens of policemen deployed outside the university, where protesters had gathered for a march.

Police said they had subsequently detained the gunman. The man’s name wasn’t released. As he was taken away by police, the man told reporters he was named “Ram Bhakt Gopal”. Ram Bhakt means a devotee of the Hindu god Rama.

According to Scroll.in, social media company Facebook took down the account of the gunman, who had livestreamed parts of the protest right before he fired at the student.

“There is no place on Facebook for those who commit this kind of violence,” a spokesperson told Scroll.in. “We have removed the gunman’s Facebook account and are removing any content that praises, supports or represents the gunman or the shooting as soon as we identify it.”

Protests against the Citizenship Amendment Act, which fast-tracks Indian citizenship for non-Muslim minorities from three neighbouring countries, have flared since last December.

Prime Minister Narendra Modi’s government insists the law is required to help persecuted minorities who fled to India before 2015 from Afghanistan, Bangladesh and Pakistan.

But protesters insist the law, and a proposed national register for citizens, discriminates against the country’s Muslim minority and violates India’s secular constitution.

In recent days, leaders from Modi’s ruling Bharatiya Janata Party (BJP) have called for action against the protesters, who they term as unpatriotic.

This week, India’s junior finance minister Anurag Thakur encouraged supporters at a state election rally in New Delhi to chant slogans calling for traitors to be shot, drawing a reprimand from the country’s election commission.

Separately, in an interview with Asian News International, a BJP lawmaker Parvesh Verma said the protesters gathering at New Delhi’s Shaheen Bagh to demonstrate against the country’s controversial citizenship law will “force their way into people’s home and rape their daughters and sisters before killing them”.

He added that New Delhi voters must think carefully about which party they will choose in the upcoming elections.

Hundreds of women have been blocking Shaheen Bagh for more than four weeks in protest of the Indian government’s Citizenship Amendment Act and the National Register of Citizens . The women have inspired thousands across India to replicate their challenge to the Hindu nationalist government. 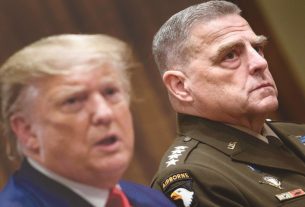 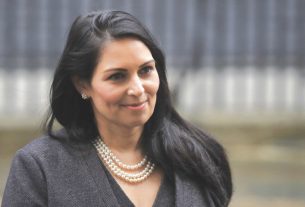 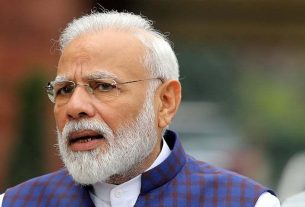