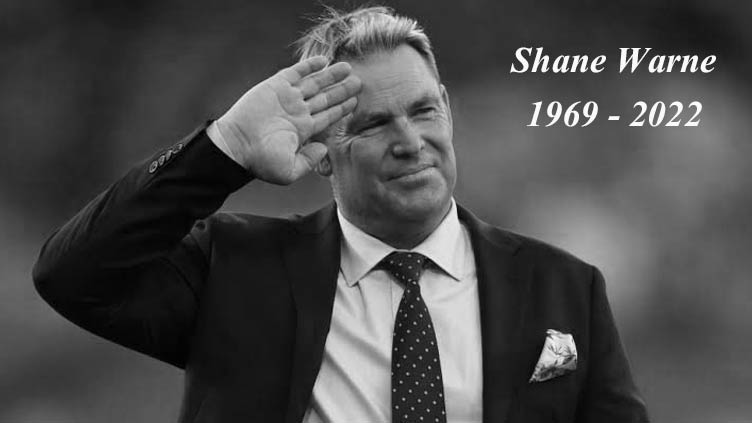 In a statement, Warne s management said: “Shane was found unresponsive in his villa and despite the best efforts of medical staff, he could not be revived.”

“The family requests aprivacy at this time and will provide further details in due course.

Warne starred for Australia cricket between 1992 and 2007 – and is widely regarded as one of the best bowlers in the history of the sport having taken 708 test wickets.

Arguably amongst the greatest bowlers ever to play the game, Shane Warne redefined spin bowling like never before. He brought a style quotient to slow bowling with his famous walk up to the crease and a ripping wind up action. Not only did Warne generate tremendous spin off the pitch but was also immensely accurate – a trait that is very tough for a leg-spinner to conquer. Even as he went on to become one Australia s most potent bowling options, Warne was no mug with the bat and his aggressive batting did rescue his team plenty of times from pressure situations. Although not having the perfect athletic body, Warne was as agile as they come and was a brilliant fielder, especially in the slip cordon where he snaffled up half-chances as well. All these skills were dipped in a jar of controversies that would make the occasional appearance in his career but it never affected his on-field performances at all.

Warne made his international debut in 1992, in Test colors and like most wrist spinners, found it difficult in his initiation. The accuracy was what was lacking although there was no doubt about the abundant talent that he had. Warne proved that he was a quick learner and in the very next year rose up drastically, even producing what was called as the  ball of the century  to Mike Gatting in the Ashes series. A cracking leg break that spun from well outside leg to clip the off bail even as the batsman offered no stroke. Needless to say, Gatting wasn t to be the only one to be bamboozled by Warne s bag of tricks. Over the years, the leggie excelled in both forms of the game and steadily kept adding new variations up his sleeve. All these came with the Warne stamp of accuracy and that meant that batsmen had nowhere to go.

Although Warne enjoyed good success against all teams, he loved bowling against England and South Africa the most. 325 of his 708 Test scalps came against these two countries and Warne did make a few bunnies out of their batsmen. Only India probably played Warne better, especially due to Sachin Tendulkar who used to have a wood over the leg spinner ever since the 1998 series in India where Warne was smashed around the park. However, very few batsmen could dominate Warne like that and that s a testimony to his greatness as a bowler. While his bowling in Tests was instrumental to Australia s rise as a dominant unit, he was also a fine strike bowler in ODIs, playing key roles in the World Cup campaigns of 1996 and 1999. His semifinal spell against the Windies in the former is still talked about as one of the best spells ever while in the next edition, he bettered his performances and experienced World Cup glory for the first time.

Warne s batting was quite underrated, he had a fairly good defensive game and also possessed a wide range of strokes as well from a stable base. The result was valuable runs down the order especially when the chips were down. Warne holds the record for the most Test runs without a century and add to this, his slip fielding which was exceptional. Warne was also a smart tactician and was probably unlucky never to captain Australia although that had a lot to do with the off-field dramas that he had gone through. As mentioned earlier, controversies went hand in hand with Warne s persona. The 1994 incident involving bookies and the drug scandal in 2003 which robbed him of a World Cup spot are the two big ones that comes to mind. There were also numerous other issues but to his credit, he never let any of it affect his game at any point in his career.

The 2003 incident probably dug a hole into Warne s ODI career as he had got a one-year ban and could never really get going on his comeback. However, he continued to be a force in Tests and managed to leave on a high after the Ashes whitewash at home. After his retirement, Warne involved himself with the lucrative Indian Premier League, leading Rajasthan to a title in the first edition and this once again proved the fact that he was an inspirational leader. He played a vital role with Rajasthan till 2013 and then took to television commentary. In 2018, life came a full circle for Warne as he got appointed as Rajasthan s coach in the IPL. Right from his playing days, he had always been charismatic and there was always an aura about whatever he did. There might have been a few slip ups but Warne would always be up there among the best cricketers to have graced the game. 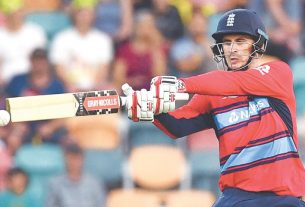 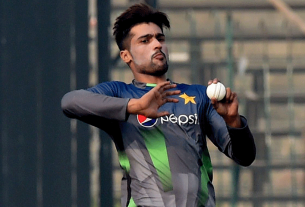 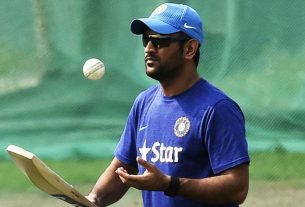 Dhoni to rest before World Cup if niggle worsens