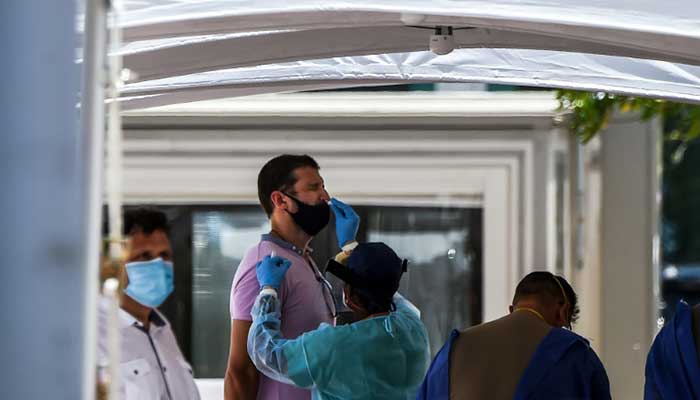 HOUSTON:  Authorities in the US  on Wednesday have started imposing strict measures, that include quarantines and stay-at-home advice, as a spike in daily coronavirus cases hit record levels after surging across the nation’s South and West.

More than 35,900 cases were recorded in the past 24 hours, according to a tally by Johns Hopkins University, with heavily populated states including Florida, Texas and California all reporting daily record cases.

The world’s largest economy is already the country hardest hit by the pandemic, with a mounting death toll of almost 122,000.

Some officials — including the Texas governor — who loosened restrictions on business, dining, public gatherings and tourism, are now urging residents to again stay home.

Three northeastern states that made progress beating back the pandemic — New York, New Jersey and Connecticut — urged visitors arriving from US hotspots to quarantine themselves.

Washington state was originally included, but Governor Jay Inslee said this was by error and it would be removed.

Several states in the South and West including Florida and Texas are suffering what White House advisor and top scientist Anthony Fauci described as “disturbing” new surges in infections.

Fauci warned the next two weeks would be “critical” to addressing the surges.

Texas, among the most aggressive states in reopening in early June, saw new cases hit a daily high of 5,489 on Tuesday.

A concerned Governor Greg Abbott warned Texans of the virus’s “rampant” spread and said the “safest” place to be was in their homes, adding that those who needed to go out should wear masks.

“If we are unable to slow the spread over the next few weeks, then we will have to reevaluate the extent to which businesses are open,” he told a local NBC affiliate.

“Because if it’s not contained in the next couple of weeks, it will be completely out of control, and Texas will have to ratchet back.”

Pointing to recent mass gatherings for Memorial Day and graduations, Abbott added: “Now it’s clear that Texas is not immune to COVID-19.”

Abbott is an ally of Donald Trump, but his warnings are at stark odds with the president, who proclaimed Tuesday that “we did a great job on CoronaVirus.”

Governor Ron DeSantis said the state was experiencing “a real explosion in new cases among our younger demographics,” and a spike in hospitalizations.

The average age of new cases in Florida Wednesday was just 33 years, his spokeswoman said.

DeSantis warned that bars and restaurants could lose their alcohol licenses if they do not follow social distancing guidelines.

Miami has implemented its own mandatory mask rules, however.

Governor Gavin Newsom warned that a widespread return to “old habits” is “increasing the spread of this virus,” but also pointed to record testing levels. He declined to reimpose restrictions.

Governor Steve Sisolak of the neighboring state of Nevada tweeted Wednesday that residents would have to wear masks or face coverings out in public beginning Friday.

“I’m offering us all another opportunity to limit our risk for exposure and infection, and to keep our businesses open and our economy moving,” he said.

And nearby Arizona is seeing dangerous spikes.

Its confirmed COVID-19 cases have more than quadrupled since the stay-at-home order expired on May 15, and the average age of people getting infected is getting younger and younger.

But the dire figures did not stop Trump from hosting a rally Tuesday in Arizona’s largest city Phoenix, where most attendees did not wear masks or practice social distancing.

“It doesn’t look like we are coming close to the top of the peak,” Fisher told AFP. “And we’re definitely not coming down the other side of this yet.” 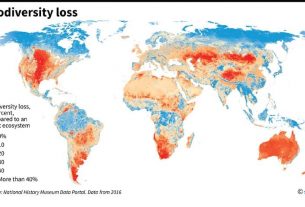 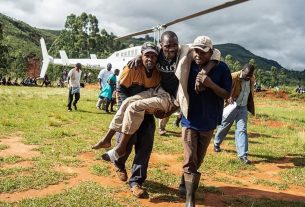 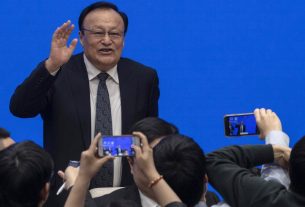