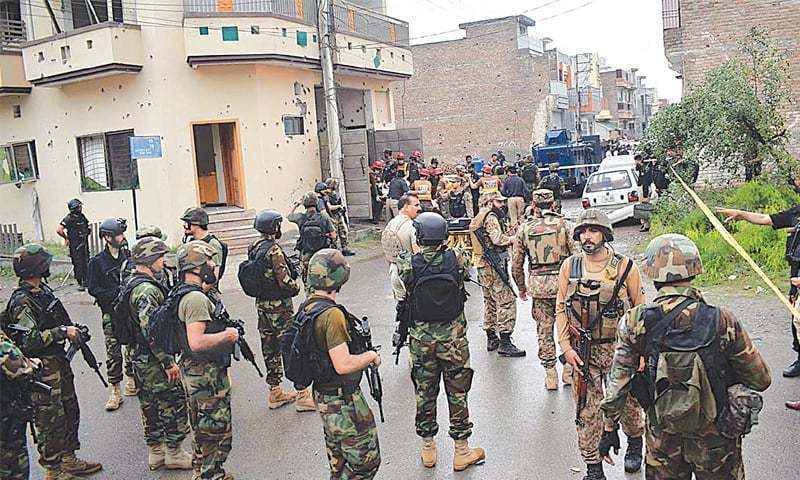 The five suspects killed in last week’s Hayatabad operationwere not only planning future attacks but had also already been involved in various terrorism incidents, including an attack on a judge, officials of Peshawar police said on Monday.

“It was a gang, a network, that was operating here,” CCPO Jamil said. “There were six of them, five of which were killed and one arrested injured.

“[One of the dead’s] name is Amjad and he was a resident of Khyber district. He was involved in all major incidents. He had been to Afghanistan five times, and also went to Dubai and Greece, from where he was deported.

“Such individuals previously used to sneak in from Afghanistan but now they are using passports. To detect them is difficult and that is exactly what happened here.”

The CCPO said that two security officials had been martyred in the operation, identifying them as ASI Qamar alam and Lance Naik Zafar Iqbal.

The official said that the sole surviving suspect from the operation is a man named Saeed, who “is injured and in the CTD’s remand”.

The CCPO said that weapons seized in the Hayatabad incident were the same ones used in the attack on Peshawar High Court (PHC) judge Justice Ayub Khan’s car earlier this year.

He said that the house targetted during the operation last week was booby-trapped till the basement, whereas a motorbike on the property had been rigged with a bomb.

CCPO Jamil said that the suspects also had grenades, which they hurled at police and armed forces. He further said that police was fired upon as soon as it entered the house, due to which ASI got martyred.

The officials said that they the police not want to raze the house to the ground, adding that that “happened when an improvised explosive device (IED) found at the house was defused”.

The city police’s press briefing came a day after Jamaat-i-Islami expressed reservations about the encounter and demanded a judicial probe into it.

JI Khyber district chief Shah Faisal Afridi, in a press conference on Saturday, had said that there were doubts about the nature of the Hayatabad operation and therefore, it should be properly investigated by an impartial judicial commission.

“We will raise this issue in and outside parliament,” he said.

Afridi had resented the killing of tribesmen from Khyber tribal district claiming that there was no evidence of the involvement of the slain people in any kind of terrorist activity in their areas and therefore, the encounter had caused unrest among residents. 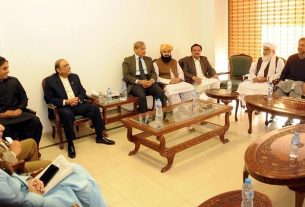 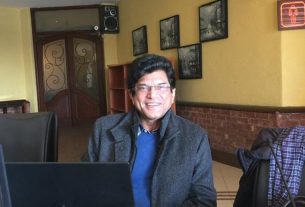 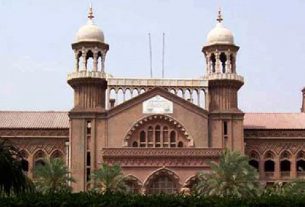