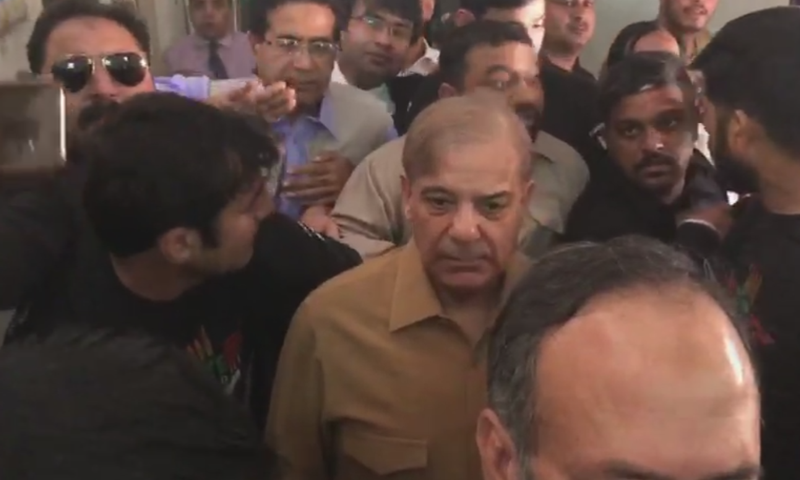 Following his return after two months in London, Leader of the Opposition in the National Assembly Shehbaz Sharif appeared before an accountability court in Lahore on Thursday in the Ashiana-i-Iqbal Housing Scheme and Ramzan Sugar Mills cases.

Admin Judge Jawad ul Hassan presided over the court proceedings during which Shehbaz was present at the rostrum.

In February, the LHC had accepted Shehbaz’s request for bail in the two cases. On June 9, the PML-N leader returned to Pakistan following a trip to London. Shehbaz had announced a “quick visit” to London on April 9 after his name was removed from the no-fly list on Lahore High Court (LHC) orders.

During today’s court proceedings, Judge Hassan asked why Leader of the Opposition in the Punjab Assembly Hamza Shehbaz had not been presented in the court, to which National Accountability Bureau (NAB) special prosecutor Waris Ali Janjua responded that Hamza was in NAB custody on physical remand in the Ramzan Sugar Mills case.

NAB on Tuesday arrested Hamza after the LHC dismissed as withdrawn his bail petitions in two inquiries — pertaining to money laundering/assets beyond means and the Ramzan Sugar Mills.

While adjourning the Ramzan Sugar Mills case, the court ordered the accountability bureau to present Hamza in court during the next hearing on June 26.

During the proceedings, the court asked Shehbaz if he wanted to say anything. The opposition leader said that NAB had made a “fraud case”.

“I have served the country,” he said, adding that: “Ashiana [-i-Iqbal Housing Scheme] is based on lies. NAB is wasting the country and the court’s time.”

“The entire case is based on lies,” he said. Shehbaz was permitted to leave the court after marking his attendance.

Additionally, the court summoned witnesses in the Ashiana-i-Iqbal Housing Scheme case. The case was adjourned till June 29. 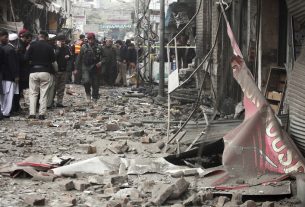 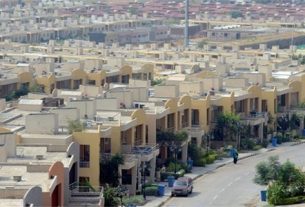 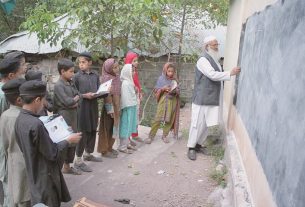