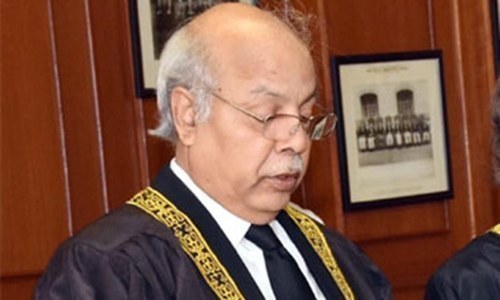 KARACHI: The Supreme Court on Thursday again came down heavily on K-Electric over prolonged loadshedding and sought details from the federal government about its future plan to supply electricity to the provincial metropolis and end power cuts.

While heading a three-judge bench, Chief Justice of Pakistan Gulzar Ahmed said that there were also grievances against the KE regarding overbilling and faulty electricity meters, which have to be stopped immediately.

It observed that electricity was a federal matter under the Constitution and it was incumbent upon the federal government to ensure that citizens were not deprived of electricity facility as it was a matter of right to life.

It also directed the chairman of the National Electric Power Regulatory Authority (Nepra) to take action against the power utility in accordance with law over prolonged loadshedding and deaths from electrocution.

The chief justice expressed displeasure with the CEO and said that they issued directive on Tuesday, but prolonged loadshedding was carried out on Wednesday, adding that there should be zero loadshedding in the city.

The lawyer for the KE argued that there was a shortage of around 400 megawatts.

The chairman of Nepra submitted details about the cases in which the KE obtained stay orders from the Sindh High Court.

He said that around 60 investigations had been conducted against the KE and when the reports were at the implementation stage, the power utility got restraining orders from the high court.

The chief justice again expressed serious resentment towards KE for taking shelter behind stay orders after deaths of people from electrocution, adding that it was a matter of fundamental rights and people could not be left at the mercy of KE and they get these stay orders vacated.

The Nepra chief was of the view that every plan of the power utility was faulty including power generation and fuel and said that they had imposed fines and also issued show-cause notices to the KE.

Justice Ahsan observed that the court could not interfere in the matters of a regulator.

The lawyer for the KE said that Nepra appellant tribunals were not functional. The bench asked the attorney general to look into this issue and address it in two months.

The chief justice asked the Nepra chief to impose heavy fines on the power utility as per law and remarked that the KE was here to make money and even jail terms were not an issue for them.

The bench did not entertain a request of Advocate General of Sindh Salman Talibuddin seeking modification of its Wednesday’s order regarding cleaning of all drains through the National Disaster Management Authority (NDMA).

He contended that the provincial authorities undertook the work of cleaning drains of the city and around 50pc cleaning of Gujjar Nullah was done before the NDMA took over on Aug 3.

He argued that the NDMA was desilting three main drains and the provincial authorities be allowed to clean the remaining drains which would be completed by Aug 30 since he claimed that they had already done a lot of work on such drains.

The provincial law officer further maintained that the project was funded by the World Bank and the court had given its ownership to the NDMA.

He further argued that the machinery and manpower of the provincial government were being used and the NDMA was supervising the work.

Justice Ahsan reminded the provincial law officer that he didn’t say a single word against it when the bench passed the order on Wednesday.

The chief justice asked him why these drains were choked and overflowed during recent rains and said that they will not amend the order.

He further remarked that in fact the motive for the provincial authorities was something else as they were concerned about the funds provided by the World Bank since the provincial government had to brief the Bank about utilisation of funds.

The bench issued notices to the commissioner of Karachi, director general of Karachi Development Authority, commissioner of KMC and others on a set of applications about encroachments on amenity plots and public spaces in Banaras, Urdu Bazaar, Bath Island, Gulshan-i-Iqbal and other parts of the city.

The bench also put the Defence Housing Authority, Karachi commissioner and other authorities concerned on notice on an application against movement of heavy traffic on city roads, encroachments on Korangi Road as well as high-rise buildings. 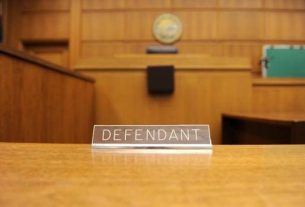 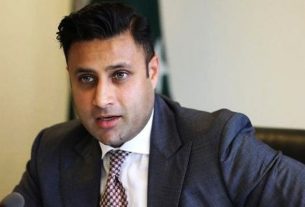