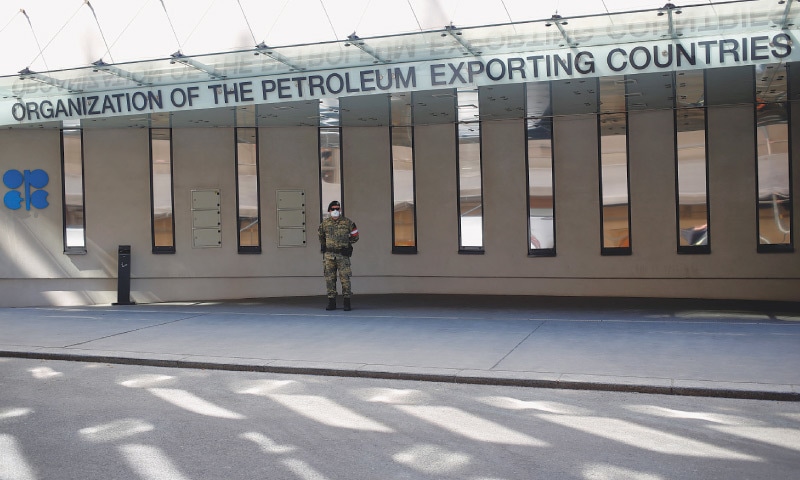 DUBAI: Opec and it allies held talks on Thursday on record oil output curbs of 15 million to 20m barrels per day (bpd), or 15 to 20 per cent of global supplies, to support prices hammered by the coronavirus crisis, Opec and Russian sources said.

They said the cuts included contributions of up to 5m bpd from producers outside their group known as Opec+ and could be made gradually, potentially overcoming resistance from the United States, whose involvement is seen as vital to win broad backing for an agreement.

Talks have been complicated by friction between Opec leader Saudi Arabia and non-Opec Russia, two of the world’s biggest oil producers. But Opec sources and a senior Russian official said they had managed to overcome their differences.

Global fuel demand has plunged by as much as 30m bpd, 30pc of global supplies, as measures to fight the coronavirus have grounded aircraft, reduced vehicle usage and curbed economic activity. So even a 20m bpd cut falls short.

“That is a global deal,” one Opec source said as the Organisation of the Petroleum Exporting Countries (Opec), Russia and others which make up the Opec+ group held a video conference.

Three Opec+ sources said the group wanted non-members such as the United States, Canada, Norway and Brazil to contribute 5m bpd to the overall cut, with Opec+ would add at least another 10m to 12m bpd.

Benchmark Brent oil prices hit an 18-year low last month and were trading on Thursday around $34 a barrel, half their level at the end of 2019, dealing a severe blow to budgets of oil producing nations and high-cost U.S. shale oil industry.

U.S. President Donald Trump said last week a deal he had brokered with Saudi Arabia and Russia could lead to cuts of 10m to 15m bpd. Even that range, which was lower than the one cited by sources on Thursday, would be unprecedented.

The biggest one-off cut previously agreed by Opec alone was 2.2m bpd during the 2008 financial crisis.

Thursday’s Opec+ talks will be followed by a call on Friday between energy ministers from the Group of 20 (G20) major economies, hosted by Saudi Arabia.

Opec sources have indicated that any deal on major cuts would require the participation of the United States, whose output has surged in recent years to exceed the production levels of both Saudi Arabia and Russia.

“We are expecting other producers outside the Opec+ club to join the measures, which might happen tomorrow during G20,” the head of Russia’s wealth fund and one of Moscow’s top oil negotiators, Kirill Dmitriev, told Reuters.

The United States was invited to Thursday’s Opec+ talks but it was not clear if it joined the video conference.

Opec+, which started its video call at 1425 GMT, said it was debating introducing cuts gradually for a period that would last at least two years – much longer than initially expected and possibly allowing the United States to join in.

However, it was not clear from what levels Moscow and Riyadh were proposing to agree cuts. Moscow had said reductions must be based on levels in the first quarter. Saudi Arabia has said the baseline should be from April, when its output jumped steeply. 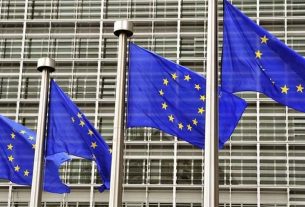 EU threatens duties on €35bn in US goods 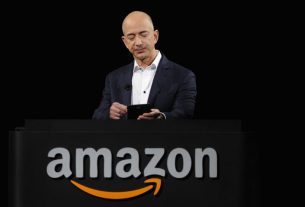 Amazon pumps in more than $600 million into India units