Afghanistan lurched deeper into political crisis Monday as the rivals for the country’s leadership had themselves sworn in at simultaneous ceremonies that were interrupted by at least two blasts.

The bitter feud between President Ashraf Ghani and his former chief executive Abdullah Abdullah has raised fears for Afghanistan’s fragile democracy as the United States prepares to leave the country following an agreement last month with a strong and largely unified Taliban.

Polls were held in September, but repeated delays and accusations of voter fraud meant that Ghani, the incumbent president, was only declared as winner of a second term in February — sparking a furious response from Abdullah, who vowed to form his own parallel government.

Dressed in traditional Afghan clothing and white turban, Ghani arrived at the presidential palace to be sworn in on Monday, surrounded by supporters, senior political figures, diplomats and foreign dignitaries including US special envoy Zalmay Khalilzad.

Minutes earlier, in another corner of the sprawling presidential palace compound, a suit-clad Abdullah inaugurated himself as president, vowing to “safeguard the independence, national sovereignty, territorial integrity” of Afghanistan.

Ghani’s ceremony was disrupted by the sound of two rockets hitting the edge of the compound of the presidential palace compound in the capital Kabul, Reuters witnesses said, but there was no word of any casualties and he continued his speech.

“I have no bulletproof vest on, only my shirt,” Ghani told those who stayed behind as sirens wailed.

“I will stay even if I have to sacrifice my head.”

An AFP reporter saw many of those who fled return to their seats after Ghani’s refusal to leave the podium prompted cheers and applause.

Ghani said in a speech that the government he was forming would not include only members of his political camp though he would continue with the previous cabinet for two weeks.

“Then we will form an inclusive government after consultation,” he said.

He plans to finalise a negotiating team for talks with the Taliban on Tuesday and to make a further announcement on demands by the militant group for the release of 5,000 prisoners.

The Taliban, which ruled Afghanistan from 1996 to 2001 and have been waging an insurgency since shortly after its fall from power, have made their release a condition for talks but Ghani said last week he had rejected the demand.

Diplomats are now waiting to see whether Abdullah appoints rival ministers and governors and whether they take up office by force, said two diplomatic sources who declined to be named.

The game of thrones has strained the patience of the international community and Afghans alike, with Washington warning earlier that the bickering posed a risk to the US withdrawal deal, which requires the Taliban to hold talks with Kabul.

Widening divisions among Afghan politicians would leave the insurgents with the upper hand in those negotiations.

Earlier, the morning ceremonies were postponed, and guests kept waiting, while Khalilzad tried to broker a last-minute deal between the longtime political foes, but there was no immediate word of a breakthrough. Ghani and Abdullah have been holding talks with Khalilzad as he tries to secure a deal between the two camps, an official for Ghani said earlier on Monday.

“We have been in serious negotiations with the Abdullah team since last night, and it is still underway,” the official said, requesting anonymity because he was not authorised to speak to media. Details of the talks were not made available.

The row has left many Afghans despairing for their country’s future.

“It is impossible to have two presidents in one country,” said Ahmad Jawed, 22, who urged the men “to put their personal interests aside and only think of their country instead of fighting for power”.

“Instead of holding oath-taking ceremonies they should talk to each other to find a solution,” he told AFP.

Afghans have shown little enthusiasm for Abdullah, Ghani or the election process in general. Most of them abstained in last year’s lacklustre poll that saw candidates pitch few ideas or policies.

Unemployment is high, and even university graduates like Jawed are struggling to find work, while violence has continued unabated, except for during a week-long partial truce ahead of the US-Taliban deal.

In the deadliest attack to hit Afghanistan in weeks, the militant Islamic State group’s gunmen shot dead 32 people and wounded dozens of others at a political rally in Kabul on Friday.

The Afghan Taliban, who have slammed the electoral process as “a fake and foreign-run” affair, have also ramped up attacks on Afghan forces and civilians.

Taliban spokesman Zabihullah Mujahid, while talking to AFP, said the competing ceremonies showed that “nothing is more important to the slaves than their personal interests”.

Security appeared to have been tightened for the ceremonies, with road closures and multiple checkpoints set up in Kabul hours before the two men were due to be sworn in.

Experts say the infighting is likely to cost the government, which is already under pressure after being shut out of the Doha negotiations for the US-Taliban deal.

According to the agreement signed in Qatar, foreign troops will withdraw from Afghanistan in 14 months, in return for various security commitments from the Taliban and a pledge to hold talks with Kabul.

“Unity is the only way [forward] if they want to win on the negotiating table,” he told AFP. 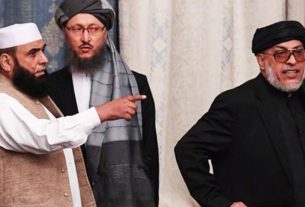 No peace unless Taliban fighters reintegrated in Afghan society, warns US report 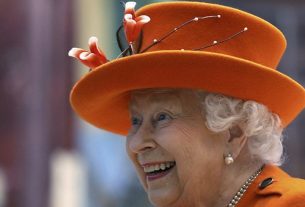 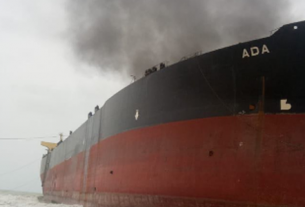 US believes Iran proxies may be behind tanker attacks