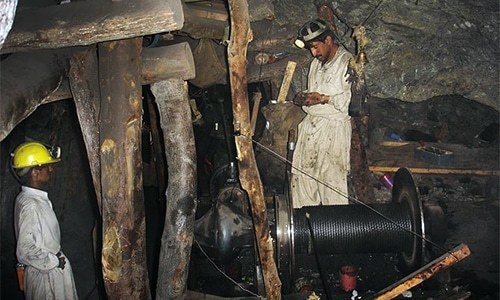 The death toll of miners, who were trapped in a coal mine for nearly two days, rose to nine after a worker succumbed to his injuries in Civil Hospital Quetta on Tuesday.

Earlier today, rescue workers had managed to recover two coal miners as well as the bodies of eight others who had been trapped in a coal mine in Quetta district’s Degari area for nearly 48 hours.

Director General Provincial Disaster Management Authority Imran Khan Zarkoon confirmed that only two miners could be rescued in the search operation, which has now concluded.

Both workers were admitted to Civil Hospital Quetta in critical condition. Another had been rescued on Monday.

Eleven miners in total had gotten trapped in the mine on Sunday after poisonous gas accumulated in the mine, which is thousands of feet deep.

Balochistan Chief Minister Jam Kamal Alyani had taken notice of the matter and directed the Provincial Disaster Management Authority to deploy its technical team and ensure the safe recovery of the workers, provincial government spokesperson Liaquat Shahwani had told DawnNewsTV on Monday.

Balochistan’s Labour Federation has expressed dissatisfaction with the government’s efforts. Peer Muhammad Kakar, a member of the body, said: “Neither the government nor the mine owners are bothered about the plight of the hapless miners. The administration is still clueless about the trapped miners even though 24 hours have passed [since the workers were trapped].”

Poor working conditions inside coal mines in Balochistan claim the lives of miners on an almost daily basis in Harnai, Sowrange, Dukki, Mach and other parts of the province, but often go unreported.

Coal mining is considered much more hazardous than hard rock mining due to flat-lying rock strata, generally incompetent rock, leakage or explosion of poisonous gases and coal dust, collapsing of mine stopes or general mechanical errors from improper use and malfunctioning of mining equipment.

According to the Pakistan Central Mines Labour Federation, between 100 and 200 labourers die on average in coal mine accidents every year. 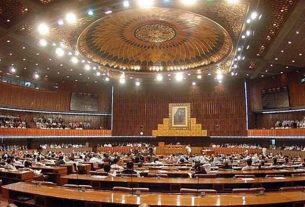 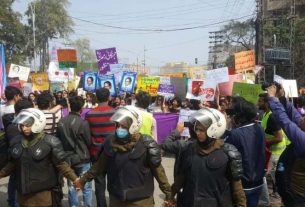 FIR registered against JUI-F leader, 10 others for disrupting Aurat March in Islamabad 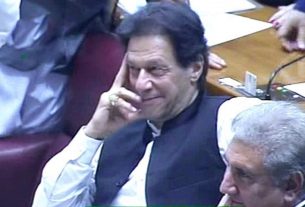