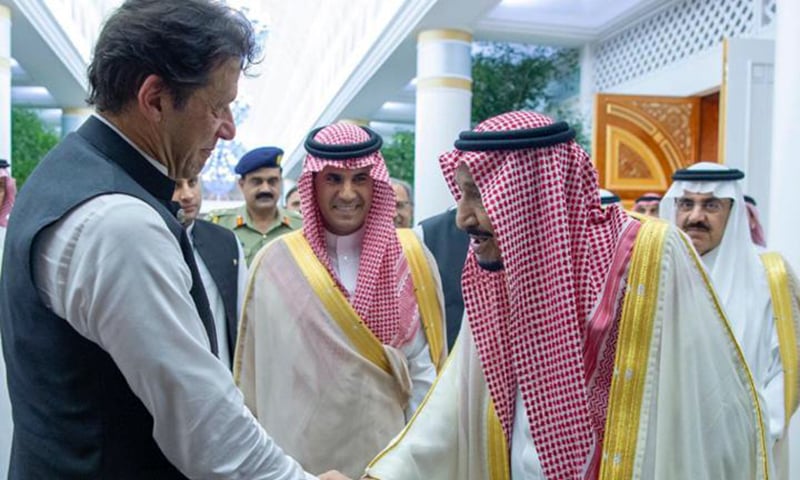 Prime Minister Imran Khan on Thursday met with Saudi King Salman bin Abdulaziz and expressed Pakistan’s resolve to stand with Saudi Arabia “in the event of a threat to its sanctity and security”, a statement by the Prime Minister’s Office said.

The premier condemned the recent drone attacks on Saudi Arabia’s oil facilities and assured the King of Pakistan’s continued support to the Kingdom.

According to the PMO statement, Prime Minister Imran also briefed King Salman on the current situation in occupied Kashmir.

“King Salman reiterated the Kingdom’s solidarity and long-held support on the Kashmir issue,” said the statement.

The two leaders discussed relations between the two countries as well as the regional and global political situation.

They also talked about other matters of mutual interest including trade, investment and economic relations.

Earlier in the day, the premier met Saudi Crown Prince Mohammad bin Salman and apprised him of the latest developments in India-occupied Jammu and Kashmir.

According to the Pakistan Tehreek-i-Insaf official Twitter account, the premier “highlighted the tyranny of the Indian government” in occupied Kashmir following New Delhi’s decision to strip the region of its autonomy on August 5. The occupied territory has since been under a strict government-imposed lockdown and communications blackout.

During his meeting with the Saudi prince, the prime minister also condemned the recent attacks in Saudi Arabia on Aramco’s oil facilities, the PMO statement said.

The prime minister is in Jeddah for a two-day official visit to Saudi Arabia, ahead of his trip to New York for the 74th Session of the United Nations General Assembly.

He was received by Makkah Governor Khalid Al-Faisal at the Jeddah Royal Terminal.

The prime minister will also bring up the matter in his speech at the UN General Assembly next week.

As a result of his phone calls to crown princes of UAE and Saudi Arabia, the foreign ministers of both countries visited Islamabad earlier this month and discussed the situation in occupied Kashmir in their meetings with the prime minister, army chief and foreign minister.

Meeting with Pakistani diaspora in Jeddah

Later in the evening, the prime minister met with a group of Pakistanis from various walks of life.

“My aim was to brief the Saudi leadership on the occupied Kashmir situation, ahead of the United Nations General Assembly session,” he told the group of his visit to the Kingdom.

“We must highlight this issue all over the world,” he said.

The prime minister said that Quaid-e-Azam had “already foreseen that Muslims will not get their due rights while living in India, which Modi’s actions have proven”.

He said that relations between Saudi Arabia and Pakistan have “reached new heights” and that the Kingdom had “helped Pakistan in all times of difficulty”.

He assured the delegation that the government was bringing improvements across all sectors of Pakistan’s economy, despite all the hurdles it is faced with owing to the poor state it had been handed over in.

“Bringing in investments is our top priority for which we are instituting legislative reforms so that the investments made by overseas Pakistanis remain secure,” he said.

The prime minister said that various efforts are also being made for ease of doing business so that people can find incentive to invest in the country. 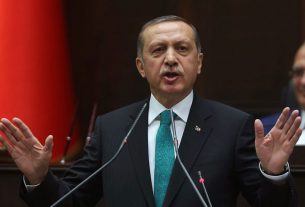 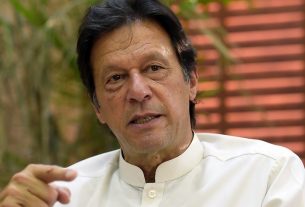 PM, aides discuss terms of reference for probe into rise in debt