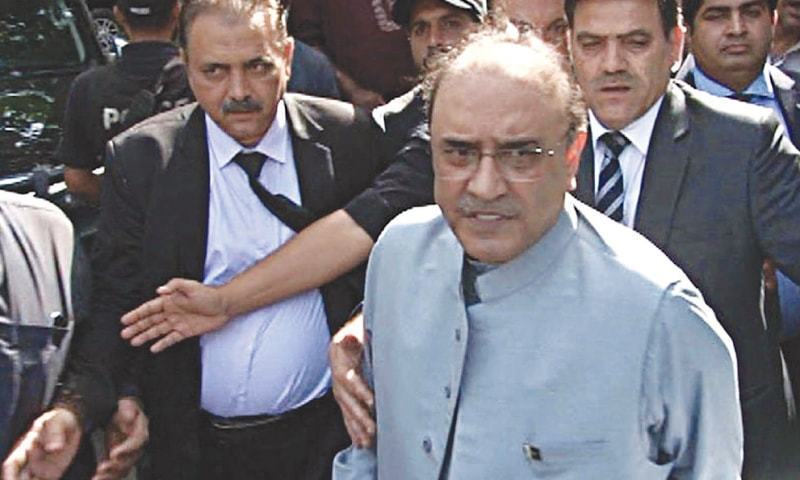 ISLAMABAD: The country’s two major opposition parties — the Pakistan Muslim League-Nawaz and the Pakistan Peoples Party — which have been crying foul over the ongoing accountability process for over one year have slammed National Accountability Bureau (NAB) chairman retired Justice Javed Iqbal over his controversial interview to a senior journalist, with the former seeking “an explanation” from him and the latter announcing that it will take “action” against him.

PPP leader and former president Asif Zardari, while talking to reporters after appearing before an accountability court here on Tuesday, stated that the NAB chairman had “no right to give such an interview”.

“This is against the code of conduct of his post and if he has given the interview we will take action against him,” Mr Zardari declared.

In his apparent reference to the detained accused in the fake bank accounts case Hussain Lawai, the former president criticised NAB for allegedly humiliating people and even producing an 80-year-old accused in handcuffs. It is inhuman to treat senior citizens like this, he added.

Hours after Mr Zardari’s statement, senior members of the main opposition Pakistan Muslim League-Nawaz (PML-N) led by former prime minister Shahid Khaqan Abbasi held an emergency news conference at the National Press Club in which they termed the NAB chairman’s interview “discriminatory and against the spirit of impartial accountability”.

Mr Abbasi, who had stated on Monday evening during a TV talk show that his party would go to the Supreme Judicial Council against the NAB chairman, however, did not reiterate this demand during the news conference.

And when the two opposition parties launched the latest attack on the NAB chairman, Special Assistant to the Prime Minister on Information and Broadcasting Dr Firdous Ashiq Awan spoke in defence of the accountability watchdog, advising the opposition to approach courts if it had any complaint about the bureau’s conduct.

In response to a question during a briefing on the federal cabinet meeting, Dr Awan stated that NAB was an independent organisation “free of any influence of government or opposition and as a state institution was working according to law and constitution”. She said the government was only a facilitator working to remove hurdles in the way of NAB.

Clarifying that she was not speaking on behalf of the accountability watchdog, she criticised the media wing of NAB for not coming out with a response to the opposition’s allegations.

“If NAB’s spokesperson will not respond then a communication gap will result in spread of disinformation,” she said.

The opposition parties and NAB have been at loggerheads for the past couple of years since the conviction of former prime minister Nawaz Sharif in the Al-Azizia flagship case. The confrontation between the PML-N and NAB reached the maximum point when the Bureau arrestedOpposition Leader Shahbaz Sharif in the Aashiyana housing scam case in October last year and later at the time of the arrest of former railways minister Khawja Saad Rafique in another housing scam.

Shahbaz Sharif, who attended National Assembly sessions after issuance of his production order by the speaker before he was granted bail by the Lahore High Court (LHC), during his speeches on the floor of the house had many times lashed out at the NAB chairman and even asked the parliament to summon him for his actions against the politicians.

Some members of the opposition had written a letter to the NAB chairman a couple of months back seeking a meeting with him. However, that meeting could not take place due to unknown reasons.

Meanwhile, the PML-N leaders in their news conference refuted the claim of the NAB chairman made in his interview that party president Shahbaz Sharif had offered him to return the money.

“If the contents of the interview are correct, then the NAB chairman should give the details,” Mr Abbasi said.

“The only purpose of NAB is to defame politicians and hurl baseless allegations on them. How can the country run if politicians are always targeted?” asked Mr Abbasi, adding that the “the character assassination campaign must stop now.”

“The country’s economy is in tatters and a big share of responsibility for it rests with NAB,” he alleged.

While making public his NAB inquiry questionnaires, Mr Abbasi said NAB had made a mockery of the accountability process by using it as a tool of persecution and victimisation.

In his controversial interview to columnist Javed Chaudhry published in an Urdu daily last week, the NAB chairman had reportedly spoken on the progress of many ongoing cases against the politicians belonging to the ruling party as well as the opposition members.

In his reported interview, the NAB chairman had predicted the arrests of many politicians, including Asif Zardari, his sister Faryal Talpur, Aslam Raisani and Defence Minister Pervez Khattak, in near future.

Retired Justice Javed Iqbal, who had taken oath as the acting chief justice of Pakistan after former military dictator retired Gen Pervez Musharraf sacked then chief justice Iftikhar Chaudhry in March 2007, had claimed that Shahbaz Sharif had put three conditions for depositing the money in the national exchequer. He claimed that Mr Sharif had informed them that the money would be deposited by a foreign country and demanded that in return he should be given a clean chit and that his son Hamza Shahbaz should be made the chief minister of Punjab.

In his reported interview, the NAB chairman had also alleged that he was facing pressure and threats from the ruling PTI which wanted NAB to close cases against Firdous Ashiq Awan, Aleem Khan, Babar Awan and Prime Minister Imran Khan.

In the same interview, he had stated that Mr Zardari was “shivering” when he was called to the NAB office for interrogation.


Later, in what appears to be a damage-control step, the NAB chairman held a press conference in which he explained the working of NAB as well as highlighted its recent achievements. Though he did not categorically deny giving any interview, but said his talk was “distorted”, adding that he “didn’t know that the journalists have become fortune tellers”. 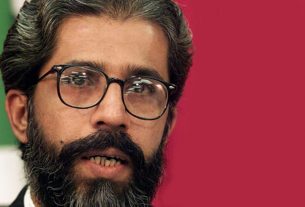 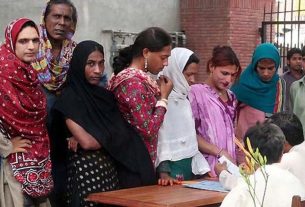 Senate panel to take up violation of provincial job quotas 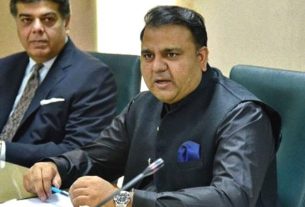