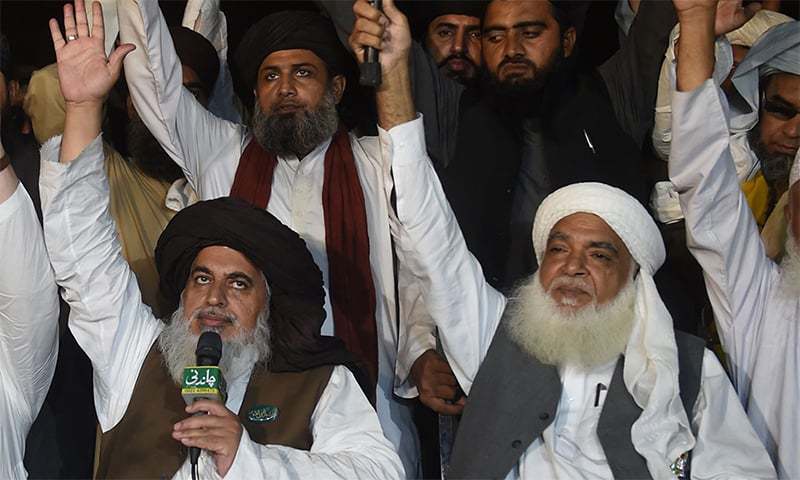 A two-member bench of the Lahore High Court (LHC) on Tuesday directed the counsel of Pir Afzal Qadri — former leader of Tehreek-i-Labaik Pakistan (TLP) who is currently facing a treason case — to submit a detailed apology for incendiary remarks made by him during a protest against the Supreme Court’s acquittal of Asia Bibi.

The fire brand cleric was booked under sedition and terrorism charges in Gujrat and taken into “protective custody” by the state during a crackdown in November 2018 after the TLP announced it would observe martyrs’ day on Nov 25, 2018.

During today’s hearing of a bail plea filed by Qadri and TLP chief Khadim Hussain Rizvi — whose earlier applications were rejected by an anti-terrorism court — Justice Qasim Ali Khan directed his counsel, Hafeezur Rehman Chaudhry, to submit the attested apology letter by Wednesday.

On the onset of the hearing, the court rejected the counsel’s plea to not highlight the apology letter and directed the counsel to read it out in the court. “He [Qadri] should have thought about it when he was using the mic,” Justice Khan added.

Chaudhry then read out the apology, after which the court directed him to define the “harsh words” used in the apology letter. The counsel said that according to the record, Qadri had said that the three judges [who acquitted Aasia Bibi] were liable to be killed, that Prime Minister Imran Khan is a Zionist agent and that the Chief of Army Staff (COAS) Gen Javed Qamar Bajwa’s orders be not accepted.

Justice Khan observed that the comments were incitement to violence. “Saying such things about army generals — what is it if not treason?” the judge asked.

Chaudhry reiterated that Qadri had apologised in his letter, but Justice Asjad Javed Ghural pointed out that “he had declared that the judges of the higher judiciary deserve to be killed”.

“Pir Afzal Qadri should have sought apology over the labels uttered against judges and generals,” added Justice Khan.

On April 30, a video message and statement of Qadri were released in which the one firebrand patron-in-chief of the TLP announced his retirement from the movement and issued an apology for incendiary remarks made by him during a protest against the acquittal of Aasia Bibi.

In the video message, Qadri read out a statement announcing his retirement. An accompanying press release stated that the TLP patron-in-chief is sorry for “hurting the sentiments of the government, the judiciary and the chief of army staff”.

“I am a patient of heart disease, paralysis, kidney disease, high blood sugar, and high blood pressure etc, and when the verdict of the Asia Masih case was pronounced, my religious sentiments got hurt and I delivered a speech. I am very sorry for hurting the sentiments of the government, the judiciary and the chief of army staff,” he had said.

In November 2017, TLP workers demanding the resignation of the then law minister Zahid Hamid had staged a weeks-long sit-in at the Faizabad interchange that had virtually paralysed the federal capital and led to several people losing their lives.

On Nov 21 of the same month, the apex court had taken notice of the sit-in and directed the defence and interior secretaries to submit a detailed report on the matter.

Days later, the PML-N-led government had launched against the protesters an operation which, when failed, had forced the authorities to cave and Hamid to resign over a controversy around a change in an election oath.

On Nov 23, 2018, the top TLP leaders, including Khadim Rizvi and Afzal Qadri, were taken into “protective custody” as they had announced holding a public rally in Islamabad. The were arrested amid a massive crackdown against workers of the TLP and Tehreek-i-Labbaik Ya Rasool Allah (TLYRA).

The crackdown came ahead of the party’s call to party members to observe martyrs’ day on Nov 25, 2018. The party had asked workers and supporters to gather at Faizabad in the federal capital — the same venue where the party had staged in 2017.

Subsequently, sedition cases were lodged against the TLP leaders as in the aftermath of Aasia Bibi case’s verdict acquitting her of blasphemy charges, the leadership during the protests had termed the chief justice “liable to be killed” and had called for a rebellion against the army chief “because he is a non-Muslim”. 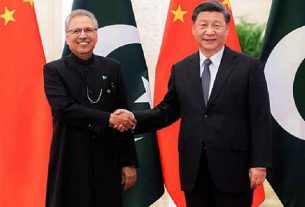 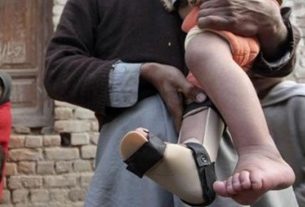 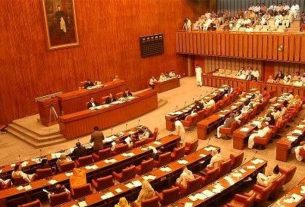 Barbs fly in Senate over promulgation of ordinances