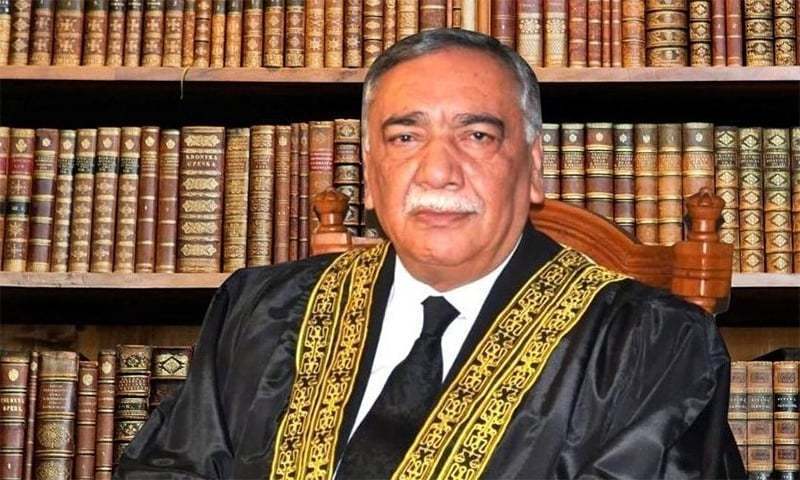 ISLAMABAD: A delegation comprising representatives of bar councils and bar associations from all over the country called on Chief Justice of Pakistan Asif Saeed Khosa on Friday to discuss resentment in the lawyers’ community in view of the decision taken by the National Judicial Policy Making Committee (NJPMC) on sections 22A and 22B of the Criminal Procedure Code (CrPC).

After the lawyers’ representatives discussed and put forth certain suggestions regarding the complaint redressal mechanism under sections 22A and 22B, the CJP assured them that the issue would again be taken up in the next meeting of the NJPMC for deliberation. He expressed the hope that at the meeting the matter might be finalised forever.

The meeting, which was also attended by Justice Manzoor Ahmad Malik of the Supreme Court and NJPMC secretary Dr Mohammad Raheem Awan, agreed that for developing better coordination between the bar and the bench similar monthly meetings would be conducted.

The meeting took place against the backdrop of repeated strike calls given by the Pakistan Bar Council (PBC), the highest regulatory body of the legal fraternity, in protest against the NJPMC decision.ARTICLE CONTINUES AFTER AD

On March 11, the NJPMC asked for opening of a complaint cell with the superintendent police (complaints) in every district of the country under sections 22A and 22B CrPC to deal with complaints related to unregistered FIRs and failures of the police to fulfil their functions and duties.

Consequently on March 27, the PBC gave another call for countrywide strike against the NJPMC decision.

The decision is being viewed as curtailment of sessions judges’ powers since this supervisory role vests with the justice of peace/sessions judge to hear complaints against failure of the police to perform its duties diligently.

The delegation expressed its concern that the complaint redressal mechanism appeared to have been made cumbersome for the general public who would now first have to approach the SHO concerned, then the superintendent of police (complaints) and lastly the ex-officio justice of peace/sessions judge.

An announcement issued by the Law and Justice Commission of Pakistan (LJCP) reminded that its secretariat had already clarified earlier that the NJPMC policy directive regarding jurisdiction of the justice of peace under Section 22-A(6), CrPC, and the jurisdiction of a high court under Article 199 of the constitution.

The LJCP again explained that these statutory provisions had never been altered or amended. Rather they still hold the field and the justices of peace still enjoy statutory powers who can issue directives for redressal of complaints regarding non-registration of FIR and grievances against police.

The new police redressal mechanism just provides an alternative to the three tiers police redressal complaint system as enunciated in the 2016 judgement of the Supreme Court in which it was held that for redressal of grievances, the complainant has to approach the SHO, DPO/SSP and RPO/DIG.

The delegation was told that under the NJPMC policy directive of March 11, the complaint redressal mechanism had been simplified by providing a single forum for redressal of grievances and also in-turn creating an internal accountability mechanism in the police department.

Moreover, a specific time period of seven days has been provided in which the complaint has to be decided/disposed of and after the expiry of specified period the complainant will be at liberty to invoke the jurisdiction of the ex-officio justice of peace/sessions judge and as such there is no embargo upon their jurisdiction to entertain such applications.

The delegation discussed a number of issues with the chief justice including establishment of model courts at district level.

Meanwhile, one of the senior members of the PBC namely Raheel Kamran Sheikh said that the PBC never held any internal meeting of the council before issuing call for observing the strike, adding the policy issues should be tabled first to arrive at a consensus after a threadbare discussion so that it could be claimed that whatever decision had been reached was the voice of the council.

He alleged that the council was only indulging in politics to enlarge its vote bank among the lawyers community. 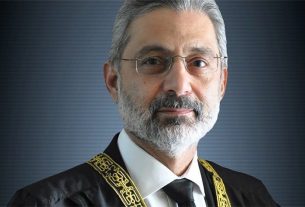 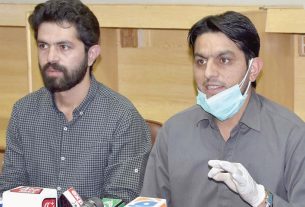 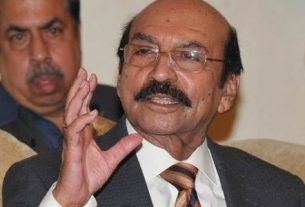