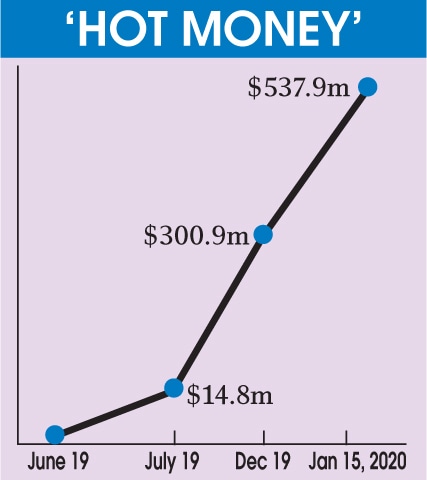 KARACHI: Pakistan received a record foreign investment of $2.225 billion in treasury bills during the current fiscal year. The latest T-bills auction held on Jan 15 yielded $537.9 million — the highest amount for a single auction which was also confirmed by the State Bank of Pakistan.

While the speedy foreign investment helped the government improve its reserves, it set off a debate among economists and analysts, with some believing the ‘hot money’ could leave the country in one go, spelling disaster for the economy. However, others supported the idea of increasing the reserves by accepting foreign investment in the local papers.

The government had during the Jan 15 auction received Rs1.1 trillion, but raised Rs274bn in T-bills. The data issued by the State Bank on Friday showed that over 95 per cent investment in T-bills came from the United Kingdom and United States. Out of the total investment of $537.9m, $456.7m came from the UK and $80.2m from the US.

The inflows through T-bills helped the government build its reserves which pushed the State Bank reserves to $11.568bn and the country’s total reserves to $18.123bn.

Bankers dealing in the currency market said the inflows of dollars through T-bills had stabilised the exchange rate, which was visible during the short spell of a war-like situation between Iran and the US; neither the demand was high nor had its rate increased.

“It is much better to borrow through T-bills rather than issue Eurobonds to raise foreign exchange. We saw that the government paid $1bn to retire the Eurobonds debt in December 2019 without issuing another Eurobonds,” said Samiullah Tariq, director research at Arif Habib Limited.

The government used to issue another Eurobonds to pay the previous one.

Mr Tariq said the only risk involved in the T-bills investment, which is described as hot money, was that it might leave the country in one go without any restriction. “But it is only possible if something happens extraordinary against the country or the economy,” he added.

A senior banker said the ‘hot money’ was currently a requirement as it reduced government worries about borrowing from other sources to meet the current account deficit. Another positive point, he added, was that the government would pay back interest in rupees against these foreign investments and investors would buy dollar from the market to take it out of the country.

However, he said the interest rate would remain high to attract and retain the ‘hot money’. The high interest rate has dangerous impact on the local trade and industry as borrowing by the private sector has already reduced drastically to Rs138bn during the current fiscal up to Jan 10, compared to Rs495bn during the same period last fiscal year.

Bankers and analysts said the high foreign exchange liquidity was an added attraction for foreign direct investment as the investors judged the ability of the economy and its risks while they found it possible to take out their investments. 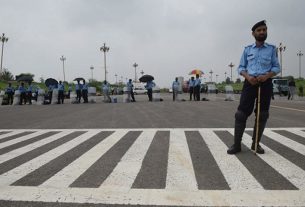 Govt officials to pay for damages to roads caused by overloaded vehicles: IHC 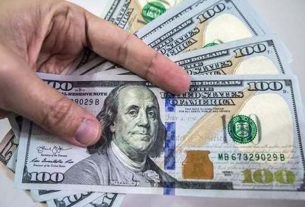 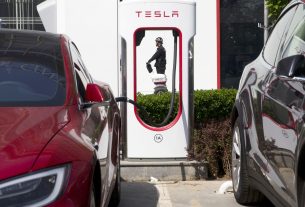