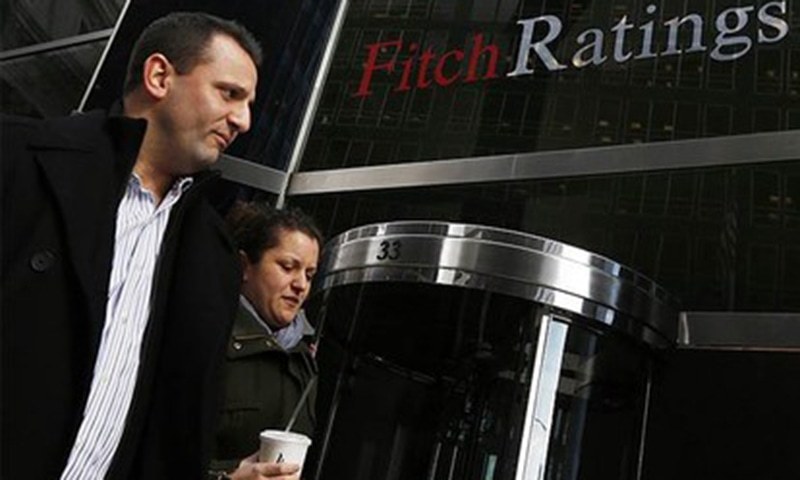 The New York-based agency — one of the three major global rating agencies — noted high debt-to-GDP ratio, economic growth rate of 2.8 per cent and fiscal deficit at the elevated 7.9pc level besides high inflation and interest payments and weaker revenue growth as key weaknesses.

It said the tighter macroeconomic policies were further slowing GDP growth, estimated at 2.8pc in FY20 from 3.3pc in FY19 and gradually recovery to 3.4pc by FY21. Inflation has also continued to rise sharply from the cost pass-through of the currency depreciation and increases in energy tariffs.

Fitch forecast inflation to average 11.3pc in FY20 against 6.8pc in FY19 and expected the SBP to keep the policy rate at the current peak of 13.25pc in the coming months, before modest cuts towards the end of FY20 as inflationary pressures begin to fade.

It said Pakistan was making progress towards strengthening external finances and taking positive steps on the fiscal front, but considerable risks remain. Still, external finances remain fragile with relatively low foreign-exchange reserves in the context of an elevated external debt repayment schedule and subdued export performance”, the Fitch said. Pakistan’s liquidity ratio is 111.4pc, much weaker than the historic ‘B’ median of 161.2pc.

Fitch forecast a further narrowing of the current account deficit to 2.1pc of GDP in the year ending June 2020 (FY20) and 1.9pc in FY21, from 4.9pc in the last fiscal year. But it noted that import compression remained the predominant driver of the narrowing deficit, facilitated by a depreciation of the rupee against the dollar of around 30pc since December 2017 and tighter monetary conditions. Exports are forecast to grow modestly from a low base.

The rating agency said Pakistan’s access to external financing had improved after the approval of a $6bn, 39-month Extended Fund Facility (EFF) by the IMF board in July 2019. The IMF, it said, this had potentially unlocked about $38bn in financing from multilateral (including from the IMF) and bilateral sources over the programme period. It may also facilitate financing from offshore capital markets.

It said the IMF programme was on track with first review completed in December. “However, implementation risks remain high, particularly given the politically challenging nature of the authorities’ reform agenda”.

Moreover, gross external financing needs are likely to remain high, in the mid-$20bn range, over the medium term due to considerable debt repayments and despite the smaller current account deficit. “Sustaining inflows to meet these financing needs could prove challenging over a longer horizon without stronger export growth and net FDI inflows”.

On the other hand, public finances are a key credit weakness and deteriorated further in FY19 prior to the approval of the IMF programme. The general government deficit slipped to 8.9pc of GDP in FY19, from 6.5pc in FY18, as revenues contracted, due in part to one-off factors, such as lower SBP dividends and delayed telecom licence renewals.

Also, general government debt rose to 84.8pc of GDP, well above the current ‘B’ median of 54pc, due to the currency depreciation, higher fiscal deficit, and build-up of liquidity buffers. Debt/revenue also jumped sharply to 667pc, compared with the historic ‘B’ median of 252pc.

Fitch expected a challenging future. It said the government was consolidating public finances, but progress would be challenging due to the relatively high reliance on revenues to achieve the planned adjustment. It described the FY20 revenue target as ambitious but hoped the efforts to broaden the tax base through its tax-filer documentation drive and removal of GST exemptions will contribute to stronger revenue growth.

Despite all this, Fitch forecast the fiscal deficit to at 7.9pc of GDP in FY20, based on a reversal of the previous year’s one-off factors and revenue-enhancing measures. This is slightly higher than the government’s expectations of 7.5pc due to Fitch’s more conservative revenue projections. The agency also expected the expenditure to rise, particularly as interest-servicing costs increase sharply on the back of higher interest rates.

Improvements to the business and security environment could further support the growth outlook. Domestic security has improved over the past couple of years, measured by a decline in terrorist incidents. Nevertheless, ongoing international perceptions of security risks and geopolitical tensions with neighbouring countries weigh on investor sentiment. 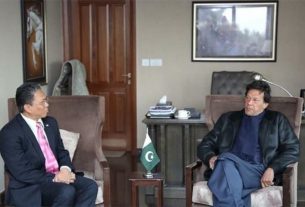 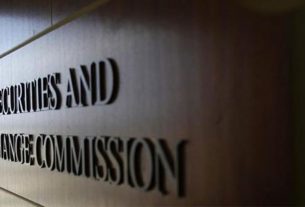 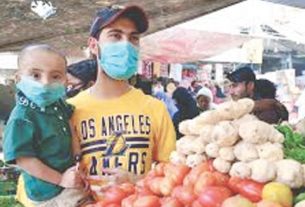