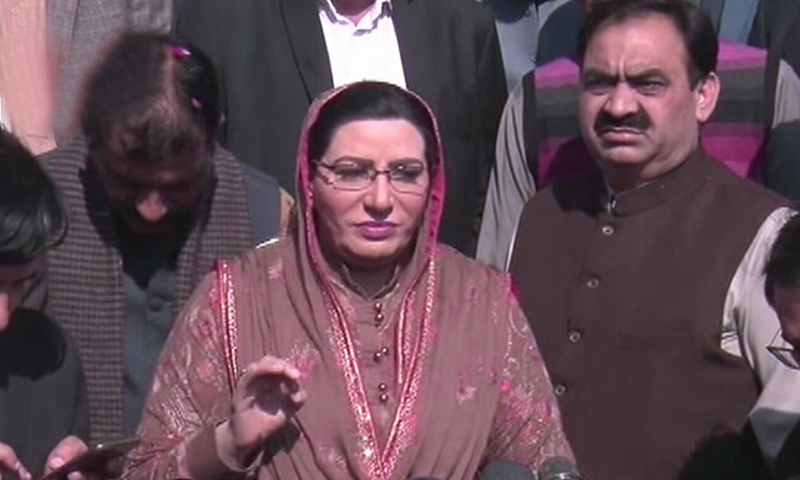 The government’s chief spokesperson Firdous Ashiq Awan on Saturday questioned the silence over former prime minister Nawaz Sharif’s health condition ever since his departure to London when once “his every breath was being counted”.

“They (Nawaz Sharif’s representatives) kept saying Mian sahib’s life is in great danger and the media used to count every breath he took. [Now that] he has been gone for so long, we have no updates from his representatives whatsoever.

“The people of Pakistan, who were so closely following his health condition, wish to have more news from him. So does the media,” said Awan while addressing a press conference in Sialkot.

Nawaz had left for London on Tuesday, 20 days after he was granted bail by the Islamabad High Court in the Al Azizia case on medical grounds.

Awan, the Special Assistant to the Prime Minister on Information and Broadcasting, while declaring that “the truth can never be hidden”, also reminded the people of the former premier’s words for his “beloved” country.

“The former prime minister with his sleeves rolled up had been seen going to every village in the country and declaring ‘I will not only respect the vote while living here in Pakistan but I also dedicate my entire life and death to this country’.”

She also questioned why the doctors abroad had not issued any sort of advisory over his treatment.

“Doctors had said the illness could only be treated abroad. But now, ever since he has been gone, we have not seen a final recommendation by the foreign doctors.

“We know full well the true nature of his illness and their (the Sharif family’s) associated agenda,” said the spokesperson.

Awan also criticised the “role” played by Nawaz’s brother Shehbaz Sharif over the course of the former’s illness and said that it was the first time that a person, who is named in multiple corruption cases, assumed the role of a guarantor.

In order to secure permission for Nawaz to leave the country for medical treatment, Shehbaz had signed an undertaking, approved by the Lahore High Court, which stated that the PML-N president would “ensure return” of his brother “within four weeks or on certification by doctors that he has regained his health and is fit to return back to Pakistan”.

Awan’s remarks come a day after Prime Minister Imran Khanexpressed doubts over the nature of the PML-N supreme leader’s health predicament, saying he was shocked to see the way the former premier ran up the stairs of the air ambulance.

“After seeing him going up the plane stairs, I once again went through the medical reports that suggested he has a heart problem, his kidneys are also not functioning properly and that he is a diabetic,” the premier had told a gathering in his hometown on Friday.

The premier noted that Sharif’s medical reports listed 15 diseases, including cardiac complications, which suggested that the ex-premier was on the verge of demise.

“But after seeing Nawaz board the air ambulance, I wondered if the former prime minister got healthy with the first glance of the London-bound airplane,” he had said.

Awan, who was visiting a government college in Sialkot, regretted that students continue to graduate and “no one sees whether the market matches the education obtained”.

“The prime minister has set out to establish a think tank and task force under the job employment bureau and job portal. The ‘Kamyab Naujawan Programme’ is an important pillar of this initiative,” she said.

The special assistant said that the government wishes to restructure Small and Medium Enterprises (SMEs) and through cottage industries, aims to combine training and education.

“Only education without training or experience is of no use. Then, you are simply creating an army of the unemployed. An army which will be unable to deliver (on economic goals), which has no exposure, no capacity, and facilities of the modern era.

“Therefore we want to equip our unutilised women workforce to meet the challenges of our economic situation.”

She said that degree colleges are usually operational in the day and “these buildings are useless by afternoon time”.

“We want to launch a pilot project with the Punjab government to increase capacity building with evening classes in some degree colleges so that girls, as soon as they have their degrees, are able to acquire employment in our industries, factories, and offices.

“In Sialkot, we will establish a role model and then we will replicate this success story in Punjab and the rest of Pakistan,” said Awan.

The special assistant said that the government’s foremost aim is to combat the challenges of inflation and unemployment.

“We will reduce the effects of inflation through job creation and wealth creation. And alongside that, we will implement the prime minister’s vision of industrialisation and other measures related to inflation including price control mechanisms.”

She said that there is a wide deficit in prices of produce sold by farmers and by market vendors.

“To reduce the gap, we will launch a crackdown against hoarders, stockists and illegal profiteers. For this, we will make use of the local government systems.”

She said that the government realises that the rural area population has to be provided amenities on par with urban areas.

We have come here to a rural area college here to ensure that the facilities here are improved. I will extend the girls here the government’s best possible help to equip them to live as empowered citizens.” 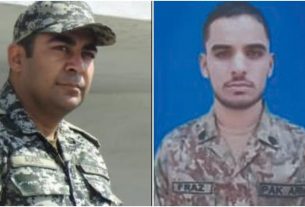 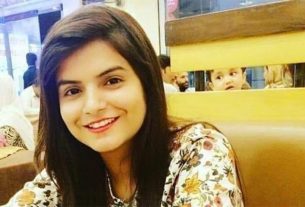 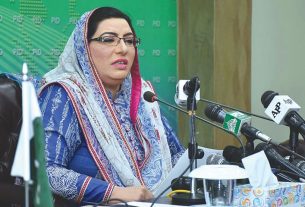