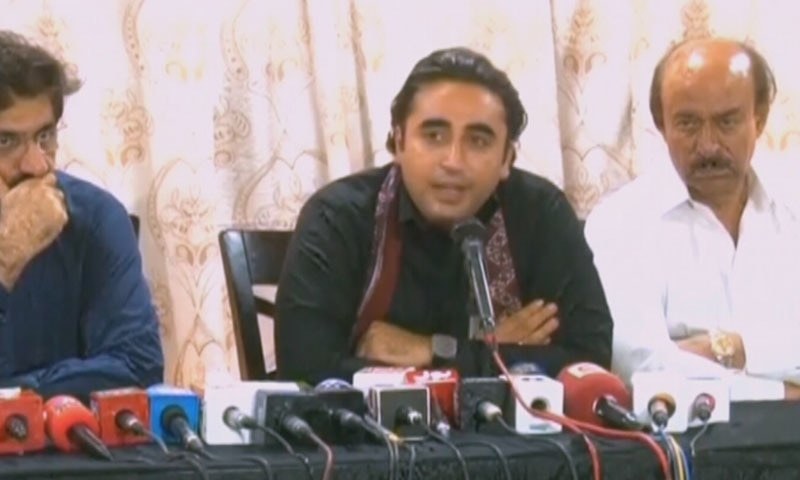 PPP Chairperson Bilawal Bhutto-Zardari on Tuesday reiterated his party’s objections to the transfer of the fake accounts case from Karachi to Rawalpindi, stressing that the rule of law should be similar for all citizens.

Bilawal, while addressing a press conference in Larkana, said that the Bhutto family “had always been persecuted in Rawalpindi” as he demanded that the probe be brought back to Sindh.

“Investigation is held [in the place] where the crime has been committed. This is our legal objection and we will continue to raise it on all platforms,” he said.

“An exception is being created for the Bhuttos that their trials will always be held in Pindi,” he said. “The same law should apply to all Pakistanis. This is why we say that revenge is being exacted under the guise of accountability.”

He argued that arrests should not be made at this stage of the case as no one had been convicted. “If [former] prime minister Mian Mohammad Nawaz Sharif was arrested after he was convicted and all his appeals had exhausted then all Pakistanis [facing a trial] should be arrested only after they are convicted,” he said.

The PPP chief termed reports circulating regarding the alleged arrest of Owais Muzzafar alias Tappi — who is said to be the foster brother of former president Asif Ali Zardari — as “false”, saying that such news was being spread so that the government can deflect attention from the “petrol bomb” that had been dropped on the public.

It is pertinent to mention that the government on Sunday had increased the prices of all petroleum products by 6.45 per cent.

“I have had no contact with Owais sahib for the past one or two years but as far as I know this news was false,” he told reporters.

“The people of Pakistan are drowning in the tsunami of inflation ever since Pakistan Tehreek-i-Insaf came to power,” he said. “This is a strange government, where the finance minister says that [the government’s] economic policies will make people scream. Instead of providing them relief to people, they are tormenting people with their economic policies.”

Bilawal also heaped criticism on Prime Minister Imran Khan for saying that he will not come to Ghotki to ask for votes but to work for the people’s development.

He was referring to the prime minister remarking off-hand during his Saturday speech in Ghotki that although he (Prime Minister Khan) can form a government (at the center) “without Sindh” — ie, without his party being in the provincial government in Sindh — he wanted Sindh to develop alongside the rest of the country.

The remark seems to have been a reference to the PTI having administrative control of Khyber Pakhtunkhwa, Punjab and Balochistan (as a coalition partner), but being confined to an opposition role in Sindh.

However, according to the PPP chairman, Ghotki’s residents would have been “insulted” over the prime minister’s comments “as the latter had implied that Sindh held no electoral importance”.

“A prime minister comes to [the people] and says that I don’t need Sindh; what kind of a statement is this?” Bilawal said.

Bilawal also condemned reports that the government intended to change the name of Benazir Income Support Programme, and declared that “Benazir Bhutto lives in the hearts of every Pakistani woman and cannot be driven out”.

When asked about a recent incident in Ghotki, where two sisters were allegedly forcibly converted from Hinduism and married to Muslim men, Bilawal said that the practice was “against our religion as well as our traditions”.

“We don’t want forced conversions to happen anywhere in the country. PPP has a very clear stance on this [issue],” the PPP chairperson declared, urging all political parties to adopt the same stance so that a law against forced conversions can be passed on a federal level. 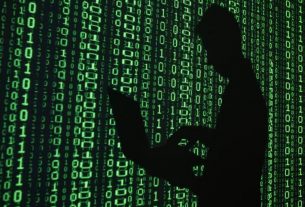 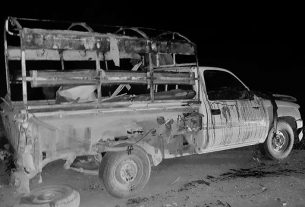 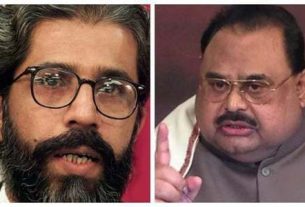