Afghanistan were 119 for the loss of five wickets after 33 overs in their World Cup match against Bangladesh on Monday after Shakib Al Hasan dismissed Asghar Afghan at Rose Bowl, Southampton.

Afghanistan’s bid for a first win in this year’s World Cup got off to a slow start as they laboured to 79-2 off 21 overs in pursuit of 263 to beat Bangladesh.

Gulbadin Naib’s minnows were unable to establish any momentum on a slow Southampton pitch, putting them behind the required run-rate approaching the half-way point of their chase.

Rahmat Shah had partnered Gulbadin at the top of the order and the pair put on 49 for the first wicket.

But Shakib Al Hasan’s introduction into the Bangladesh bowling attack brought the breakthrough.

Rahmat carelessly flicked a flatter delivery to Tamim Iqbal at mid-on and departed for 24.

Just 10 runs came from the next five overs and Hashmatullah Shahidi perished when he tried to accelerate, stumped by Mushfiqur Rahim off Mosaddek Hossain for 11.

Naib was unbeaten on 35 and Asghar Afghan was yet to score as the pressure mounted.

Afghanistan had restricted Bangladesh to 262-7 after winning the toss and putting the Tigers in to bat first.

Victory for Bangladesh today would move them into 5th place in the 10-team table. That would leave the Tigers within one point of 4th-placed England, who play Australia on Tuesday, as the race to qualify for semis via a top-four finish heats up.

Afghanistan have already been eliminated from the tournament ─ the first team to crash out after an agonising 11-run loss against India on Saturday, when Mohammed Shami’s final-over hat-trick denied them a famous upset.

Bangladesh’s Shakib Al Hasan became the leading run scorer in this year’s World Cup so far as he made a confident start in today’s match against minnows Afghanistan.

His unbeaten 31 took him to 456 runs in the tournament, while Mushfiqur Rahim was six not out in Bangladesh’s 95-2 after 20 overs in Southampton.

Liton Das was promoted ahead of Soumya Sarkar to open along with Tamim Iqbal for Bangladesh, with the pair managing a brisk 23 from the first four overs.

But Das fell for 16 in the next over after being fooled into a miscued drive by Mujeeb Ur Rahman. Hashmatullah Shahidi dived forward to get his fingers underneath the ball at extra cover, with a review confirming the dismissal.

That brought Shakib to the crease and he upped the tempo even further with some aggressive hitting that maintained his fine World Cup form.

When Shakib, who has two centuries already in the tournament, pulled Naib to the boundary, it moved him above Australia’s David Warner’s 447 runs as the leading scorer in this year’s event.

Tamim and Shakib put on their fourth successive fifty partnership in one-day internationals. But having been hit for a boundary the ball before, Mohammad Nabi responded with a flighted turner that bowled Tamim for 36.

Shakib survived an lbw review off Afghanistan’s star leg-spinner Rashid Khan when he had made 27, the ball-tracking review showing it would have gone just over the stumps.

After the toss was delayed 10 minutes by light rain, Afghanistan skipper Gulbadin Naib opted to take advantage of the murky conditions overhead that could help his bowlers.

“I wanted to bowl first, conditions suit for bowling and we have played here so know about the conditions,” Naib said. “In the second innings against India it was quite good for batting.”

“Against India, we had a good opportunity to beat them and I have confidence today from how we played in the last game,” added Naib, whose side have lost all six matches they played in the tournament.

Bangladesh captain Mashrafe Mortaza said: “It is a used wicket. If you look at the last match here it was slow and there was turn. We prefer to bat first to get use of it. We’ll see what happens.” 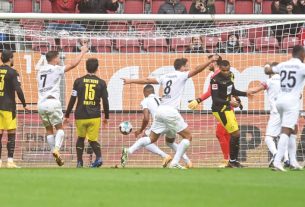 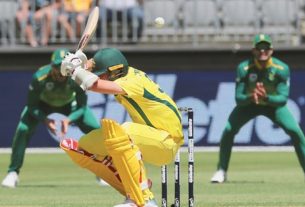 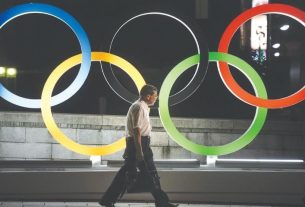